Dennsen86 has been a gamer on twitch for six years and is quite successful. His hobby is speedruns of the old SNES classic Super Mario World. However, not in the original version from 1990, but in self-made and insanely creative hacks of the game from the international Kaizo Mario community. That’s not only nerdy, it’s also lucrative. Because the Twitch partner from the Ruhrpoot has over 63,000 followers and counts an average of 4,000 monthly subscriptions to his channel. For the trained social education worker, a dream has come true. We talked to Dennsen about his career, the German speedrun scene and his success as a content creator on twitch. However, the likeable Ruhrpottler does not fulfil the nerd cliché. 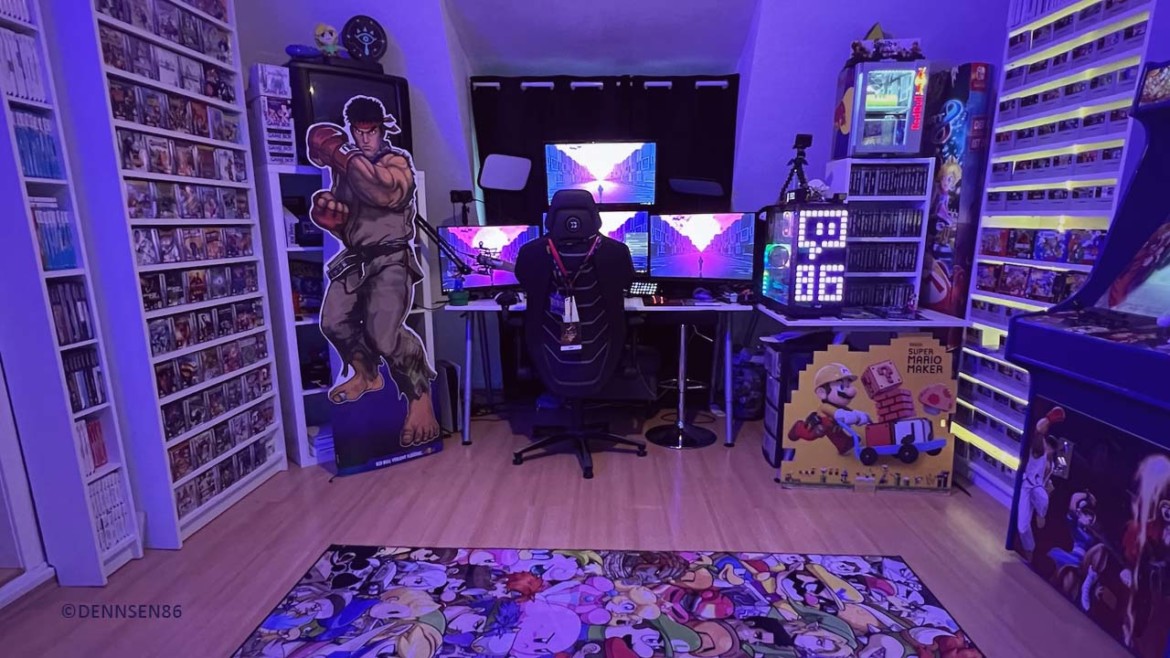 When the classic Super Mario World was released by Nintendo on the European market in 1990, games were still called video games and were discussed in terms of their negative effects on the development of children and young people. Dennsen86 was still called Dennis Geißler at the time and was 4 years old. Like many others, he was captivated by the colourful jump-n-run world of the moustachioed Super Mario and dreamed of having gaming as a profession later on. In the 90s, it was a dream without any real-world connections. 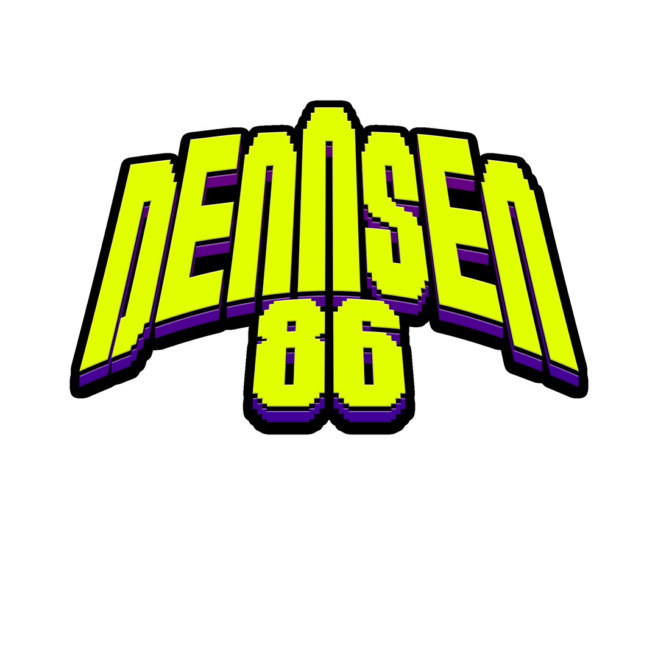 Today, gamers can earn millions, as the recent leak on the twitch platform revealed to all those who were previously unfamiliar with the business model and somehow seemed to come from another world. Dennsen86 is also on twitch, but not (yet) a millionaire. But he is also one of the lucky ones who were able to fulfil their childhood dream with the help of the platform. For a few years now, the 35-year-old from Essen has been able to make a good living from his streams. And he doesn’t even play the really big games like Grand Theft Auto, League of Legends or Minecraft, which are watched millions of times. Dennsen mainly plays the classic Super Mario World. But not in its original version; he plays so-called Kaizo hacks.

The Kaizo scene is as creative as it is nerdy. Fans build their own versions, so-called hacks, of the classic and offer them for download. The hacks are lovingly designed and enormously creative in terms of level construction and new game mechanics. Often many months or even years of work go into them. But what distinguishes Kaizo above all and makes it so interesting for content creators like Dennsen and so exciting to watch is the level of difficulty; the hacks are often at the limit of what is possible. In Germany, too, the scene is enjoying steadily growing attention.

“The nice thing about Super Mario World is that you quickly find access to it. Most people have played it before and can appreciate how difficult it is what I’m doing and value it accordingly. It’s the case with speedruns and that you don’t understand what’s actually hard about it.”

In a speedrun, a game is played through as quickly as possible. And it’s really amazing how fast this is possible in some cases. For each game there are different “runs” with individual rules that are defined on speedrun.com. The leaderboards are also kept there. In order to get a time entered, the gamers have to submit a video proof of the run. That’s another part of the appeal of watching on twitch: with a bit of luck, you can witness a new world record.

THE RIGHT GAME AT THE RIGHT TIME

Kaizo is not equal to speedrun, but it is an integral part of the scene. The hacks are often built in  view of being “speed-run” by successful gamers like Dennsen. He also holds one or two world records on speedrun.com. In the beginning, however, it was about something completely different.

“When I started my channel on twitch six years ago, I was still working as a social pedagogue and only streamed once or twice a week after work. At that time it was about Super Mario Maker, a game from Nintendo where people can build their own levels. I was a member of a Facebook group where these levels were posted and discussed. And then it turned out that I could also do the difficult levels, so people wanted to see how I played it. That’s how the idea of the twitch channel came about. But at that time it wasn’t about entertaining people; speedruns were far from my imagination.”

At the time, Dennsen was largely alone on twitch with the format of his channel. And so more and more people ended up in his stream who had nothing whatsoever to do with the Facebook group, but who also wanted to send him their levels because of his skills. This is how Dennsen came into contact with the Kaizo and speedrun scene, which was becoming increasingly popular on twitch at the time.

“At that time, the format didn’t exist on twitch. So it was a lot of luck to have chosen the right game at the right moment. And at some point, it got to the point where I was also earning a bit of money with it. I’ve always been a gambler, ever since I can remember. You always have the dream that you can make a living from it, that this is your job. And at that time I got the feeling that it could actually work. My employer then granted me a sabbatical year so I could try it out, which was very lucky for me. If it hadn’t worked, I would have gone back to my old job. And I wouldn’t have done it without that. I enjoyed my job and my contract was permanent, I would never have thrown that away to try and make money with Mario. But as it was, it was an invitation and I’m sure I would have blamed myself all my life for not trying.” 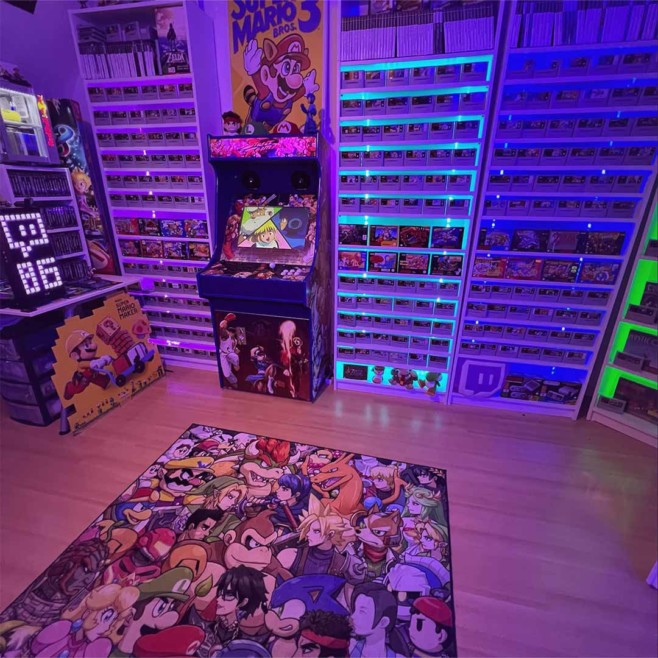 Dennsen has over 63,000 followers on twitch. The number of paid monthly subscriptions is usually around 4,000. He is also a twitch partner, which gives him better contact with sponsors and advertisers. When he started the stream six years ago, twitch already belonged to Amazon. But back then it was still much more “familial”, as Dennsen explains.

“For me, it was something totally special when twitch made me a partner. They liked what I was doing on my channel, and then there was a kind of job interview back then where they asked me what I would like to do.”

For the gamer from the Ruhr region, however, the community is the biggest benefit of his new job. He goes online six days a week and streams for an average of six hours. Meanwhile, he interacts with the chat like hardly anyone else, which has already cost him one or two best times.

“People really appreciate the fact that I respond strongly to the chat, even though I play demanding games. But without the chat I wouldn’t have any desire at all. Talking to people is what I enjoy most about streaming. Then I’d rather leave 5 seconds somewhere and have read one more message in return.”

Despite all the fun, Dennsen takes his job as a content creator very seriously. He could count on one hand how many streams were cancelled in the last six years.

“For me, this is my job. I can’t just say I’ll be two hours late today. I come to work on time and if I have a hangover, that’s my problem. I also see an obligation towards the audience and those who finance it. When people ask me how they can become successful on twitch, I always say: ‘Be constantly present on the site.’ That’s the most important thing; especially for the start. You can only stream once a week, but then be there when you announce!” 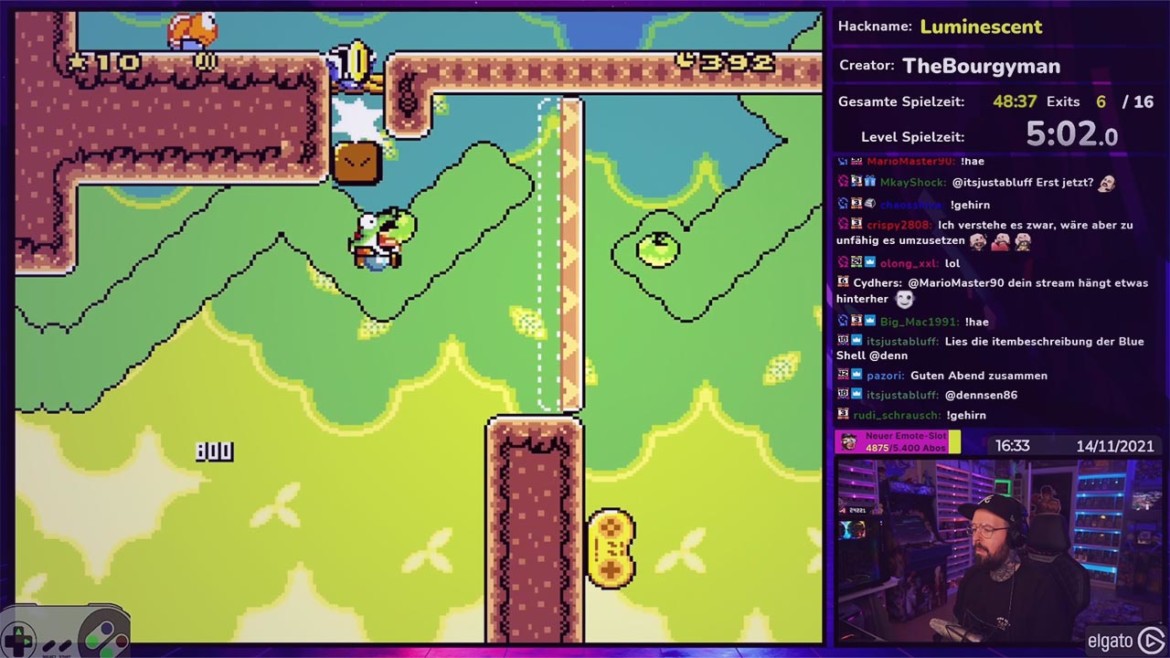 In addition to the streams, Dennsen tries to strengthen the German speedrun scene and make it better known, which definitely benefits from his reach. He visits trade fairs, moderates speedrun events and since last year has been doing the show “Kaizo geht das!” on rocketbeans TV.

“In Germany, the speedrun scene is still comparatively small. In the USA, for example, there is a charity event called “Awesome Games Done Quick”, where over 300,000 people watch simultaneously on twitch. Here in Germany, the events are still much smaller. But there is a lot happening and I also try to support the scene as much as I can. There’s still this cliché that they’re all nerds who have been sitting in their basement for 30 years playing an ancient game. We need to get away from that and that’s a part of my mission.”

Despite the size of platforms like twitch and the enormous success of gamers like Dennsen, the gaming industry still struggles with its negatively connoted nerd-stereotype, which threatens to obscure its creative potential, especially in Germany. Dennsen, however, does not fulfil this cliché, even if his study, with elaborately staged Nintendo cartridges, arcade machines and a Street Fighter cardboard stand might suggest otherwise. But anyone who sees Dennsen would rather put him in a hip Berlin creative agency than in a Super Mario stream: Hipster glasses, fluffy beard and a whole body full of tatoos. He grooves to the 8-bit beats and synths, gesticulates wildly when he just can’t succeed in a jump, and talks openly about his work as a content creator. So he didn’t even care about the twitch leak, because anyone could have worked out what he was earning there beforehand, as he said in the subsequent stream.

“Be authentic! Be yourself!” is the credo of every successful content creation. Dennsen86 is exactly that. And even if he doesn’t see himself as a great entertainer and sees his success more in his skills, his likeable, open and honest manner is probably just as much to blame.

The success story of Tim, Dennis and Michael from Project: Antarctica makes the hearts of…