Michael Liebe is the founder and CEO of Booster Space. He discovered his passion for bringing people together and exchanging ideas on new topics during his time as a student. Booster Space is the result of various start-ups, initiatives, jobs and projects. We spoke with him and his colleague Lena Alter about the role of gamesweekberlin for the games industry and what has and will happen in terms of visibility for underrepresented groups in the games and tech industry. 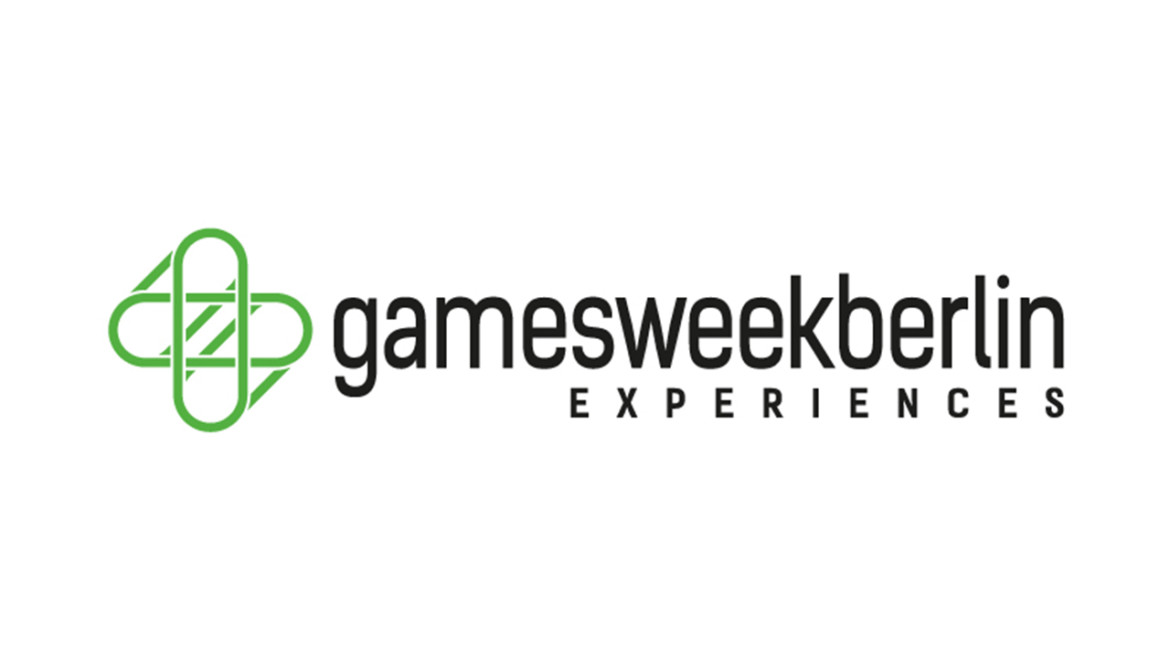 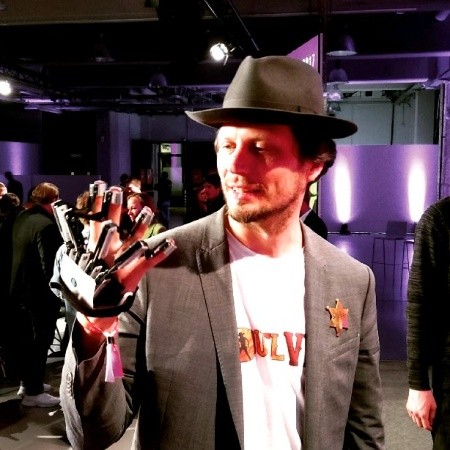 Michael, what role do games play in your life and how did the idea for gamesweekberlin come about?

Michael Liebe: I’ve been playing games regularly on the computer since my early youth – or on the football pitch, the regatta course or in workshops and while completing tasks. I always try to think of something playful in terms of smaller challenges or interaction-promoting rules. In other words, game principles are part of everyday life for me. Computer games, however, have the special attraction of a complexity that analogue or linear worlds can hardly cover. Sid Meier’s Civilization, Lemmings, Doom II and Monkey Island were my favourite games back then. I still play Civ regularly today. All editions, expansions DLCs and co. Narratively charged first person games like the Assassins Creed series fit the profile well today. I like mobile games like Tiny Wars, Monument Valley or Greed Corp, but I also play less complex games in between. Other media, such as music or series, currently dominate my free time, as they are less demanding and fit better into an after-work concept. As an entrepreneur, however, I find the games industry particularly exciting because it is super dynamic, constantly developing new technologies, aesthetics and business models and helping to determine social trends. And the people are cool. It’s fun to work in the industry.

Who is gamesweekberlin designed for, how did you define the target groups?

Michael Liebe: The details of this answer depend a little on the year they ask. Much like the industry itself, we adapt and move our concept to fit the context and zeitgeist. This month we focus more on the connections of developers and publishers (or investors or funders) and job seekers with recruiters. In this edition, we work together with your participants on the current challenges of professional life. Much will remain online. Much will be reorganised. The formats are aligned with this: visibility, networking and education. In the last few years, we had geared our strategy more towards B2B2C – i.e. from and with professionals (business), but also in interfaces and visibilities to fans and games enthusiasts (consumer). In 2020, that didn’t work out as planned, so we concentrated on live formats via Twitch on the one hand via consumer access in the stream, which is played by business players, and on the other hand for ticket holders we focused primarily on networking and appointment management via MeetToMatch. With Womenize! we continue to address people who are interested in careers, diversity and equal opportunities. So a mixture of target groups, because see above, this is where we come from.

The games industry in Germany is slowly getting the social and political attention it deserves. Can you confirm that?

Michael Liebe: Well, I wouldn’t subscribe to the suggestion that it deserves this across the board. At least not in a purely positive light. There are definitely developments in the industry or even individual players who should be viewed critically. But that’s exactly what recognition is all about: not just looking at what is supposedly good or bad, but taking a comprehensive look at the medium of computer games. And not only economically or technologically, but also with a certain responsibility about the content, the usage triggers or the business models. By discussing and acknowledging the positive parts, such as innovation, dynamics, sales growth or creativity, just as much as the not-so-positive parts – that is the confirmation of recognition. So yes, I confirm the assumption.

How important are events like gamesweekberlin for the international reputation of the scene? How well is the German scene networked internationally?

Michael Liebe: High-profile events are important for every location and every industry. If an event is accepted and supported locally, that ensures international attention, because only a critical mass of local players can also create a certain momentum. So if an event works well in a city, that speaks for a strong local community, that speaks for an attractive games location. The German games scene is now pretty well networked internationally and is also recognised as creative and relevant. A lot is played, bought and earned with games in Germany, but too little is developed – and promoted – at the location. There are many good initiatives here, such as ALL EYES ON INDIE or our Dev Booster format and the Steam Sales Made in Germany, which were recently initiated from NRW. The federal funding and the many regional content funding programmes also offer a lot of potential to boost the developer scene. Which in turn is important for more radiance of the industry itself and can be catalysed and made visible via events.

What is your experience with funding, both for developers and for an event like gamesweekberlin?

Michael Liebe: Very positive. Public funding for games projects and events is a luxury that only a few countries in international comparison can offer in terms of size and also in terms of the expertise of staff and institutions. First of all, that’s a great locational advantage. If we can now score points with streamlined bureaucracy, a start-up spirit and comprehensive digital infrastructure, then the sector could do really well.

The event will take place exclusively online. My feeling is that the games scene here is much more receptive to such formats and that the events reach numbers of participants that other sectors can only dream of. What do you think is the reason for this and how does it possibly affect the planning of such an event?

Michael Liebe: Yes, indeed. Our motto has always been: we do offline experiences for online people. The challenge here is that the representatives of the games industry already work a lot in front of the screen and also spend a lot of free time. So it is quite difficult to offer an experience that breaks out of everyday life. Because in the end, that’s what events are about: not to act in the everyday, but to experience something special. Yes, we have much less need for explanation, we can use different tools much better and experiment here, but we can’t offer something special so easily. Hence the approach of opening the week live and accessible to all on Twitch with formats like MOST WANTED: ROOMMATES. More like a game show than a talk show. Or with the Dev Booster, bringing pitches from development studios into the public space on Twitch, with dynamic moderation and a live voting system for the viewers, or the chat to stay in the conversation. Accordingly, the Career Day also offers many good talks but also live opera singing in the programme. Something like that. Or MeetToMatch. Technically not necessarily better than other online meeting systems, but with a team that is closely rooted in the industry and is there with passion and professionalism – because despite all the screen fatigue, you are always happy to see heart and soul and emotion in a project. But hey, take a look for yourself.

While the genders of gamers are balanced, things are different behind the scenes. As part of gamesweekberlin, Womenize! takes place. Lena Alter, you are COO at Booster Space and head of Womenize! Can you briefly explain the format? How is it received? 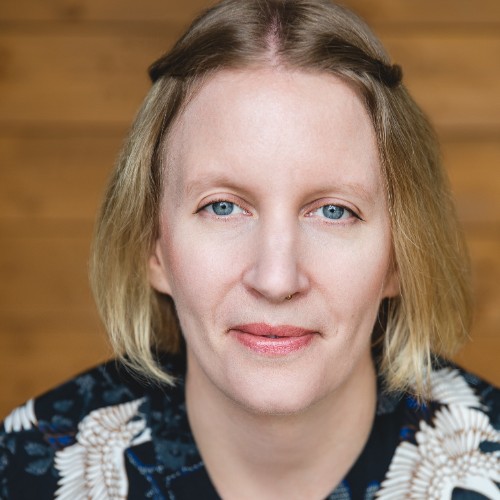 Lena Alter: Womenize! is our action platform that aims to make visible and promote underrepresented groups in the games and tech industry, especially women. In addition to the annual conference formats, our interview series Womenize! Inspiring Stories interview series features a new woman every week who talks about her journey in the games and tech industry. The focus here is also to make the different role models visible and to offer a stage for the diversity of their stories in order to show how important diversity is and how valuable it is for the development of a diverse, modern and successful games and tech industry. Due to the ever-growing popularity in the industry, also on the part of partners and institutions, we see that topics around diversity and equal opportunities are becoming more and more relevant and also more in focus. Since 2015, Womenize! and its associated network have grown and we are working on this and hope that this trend will continue in the coming years.

What does the industry need to get more women* involved in development, and who do you see as responsible here?

Lena Alter: The awareness that there must be sustainable changes and the corresponding courage to tackle and (pre-)live them in all their consequences, as well as the recognition and appreciation of how valuable diverse perspectives are for a successful industry. The responsibility here lies especially with the people and positions that can actively promote these developments, help shape them and bring them forward. Above all, the executive and management levels are called upon to take charge of this change and create a climate in which people feel comfortable and safe, regardless of gender, age, origin, etc. The fact that diversity promotes both productivity and creativity is no longer a secret and should be used by innovative industries, such as the games and tech sector, to drive change. The potential of creative people who want to change industries should be used to create an inclusive and diverse industry and thus contribute to active change.

We would like to thank Lena Alter and Michael Liebe for the interview.

Vanessa Zeuch from Medienboard Berlin-Brandenburg tells us more about the promotion of the games industry in the interview.

The media industry has learned its lessons from the Corona crisis, but has also recognized…

Through the (now already extended again) contact restrictions, such as the curfew after 9 pm…