Tobias York is co-founder and managing director of the creative agency I LIKE VISUALS. For the native Berliner, communication with people has always been one of his strengths. Not only listening to the stories of others, but also supporting them in getting the right content out there is something he and his team have been doing for seven years now. He tells us in the podcast what kind of mindset is needed to ultimately market ‘Your story told the right way’. 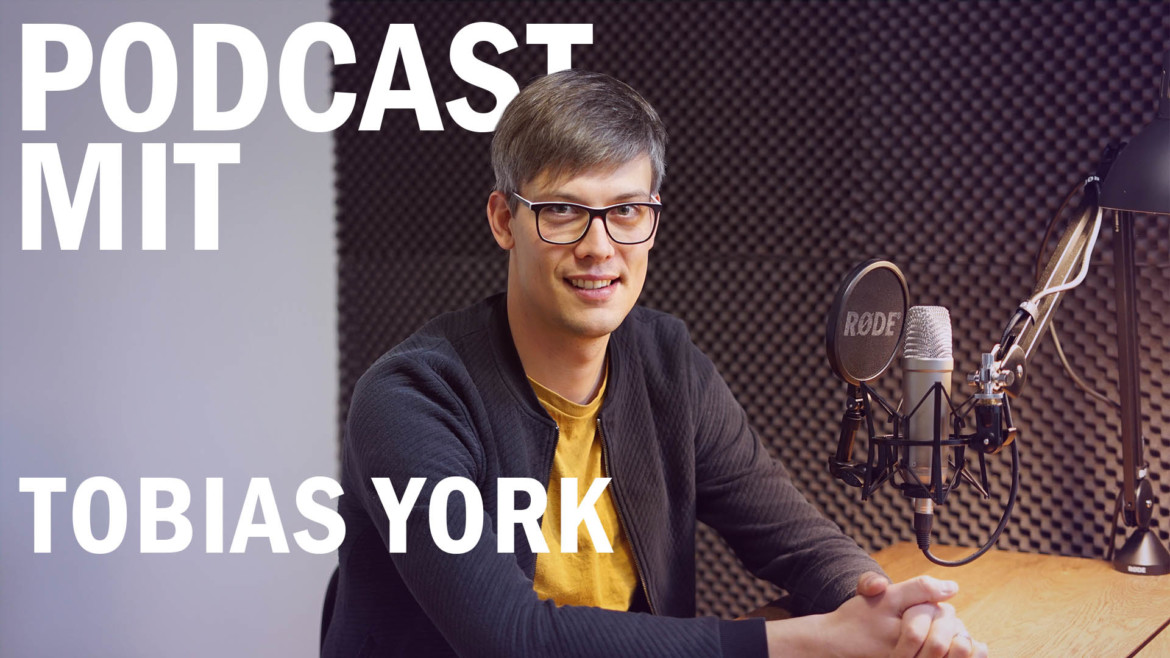 Tobias York studied business administration and played guitar in a successful indie band for 10 years. The connection between business and creativity was therefore already there when he founded the video production I LIKE VISUALS seven years ago with three other people. The first jobs were friendship services for bands from the network, which were followed by paying customers. Influenced by the music industry and with good contacts to bands of that time, he initially produced music videos and supported the artists in marketing their songs. Although he was offered a job at Universal, he was more interested in starting his own company. He wanted to make a difference and had learned what was important to generate media attention.

Moving images are among the most complex forms of narration

Suddenly there were first inquiries from customers like Adidas, where I LIKE VISUALS took over the production of short spots for the then half marathon in Berlin. Quite fast the founders realized that as a pure film production they were limited in their creative work. They didn’t just want to realize what other agencies had thought of, but to develop and realize ideas themselves. I LIKE VISUALS became an agency for video communication. Tobias himself says that moving image is the most complex narrative form and unfortunately many companies still do not use it purposefully enough to reach the right customers in an optimal way. Especially with moving images, it is about telling exciting stories about a product or service in order to reach the target groups via the right channels.

Since 2019, I LIKE VISUALS with its currently 12-strong team of permanent employees and about 50 freelancers has been acting as a creative agency for its customers throughout Germany. Among the customers of I LIKE VISUALS are companies like Cornelsen, Universal Music, Daimler or Karstadt Sport. With his customers Tobias is an open, transparent and honest communication the most important thing. He also passes on projects that he cannot implement with his team to partner companies or freelancers and communicates this directly to the customer. His motto: Nobody can be an expert for everything if high-quality work is to be delivered.

In the focus of the creative agency is always on the team. The team harmonizing and understanding itself well has a very high value, because I LIKE VISUALS can function only then smoothly. But especially 2020 was marked by new challenges and many hurdles. For example with the cooperation on distance.  But also short-time work and tension within the team were very present in the 1st lockdown. Tobias enlisted support and was noticeably successful. New Work and flexible working, for example, were two of the things that Tobias and the team learned on their loop journey, the Loop Approach, and have been using ever since. They are now jointly benefiting from the experience and further training and have been able to implement large projects for their customers from the home office this year. In addition, I LIKE VISUAL introduced a financial project profit-sharing scheme for all employees.

founding is a not enough discussed topic in schools and universities

Tobias does not consider it absolutely necessary to found a company in Berlin in order to be successful with an idea. Tobias considers it very important to teach more about entrepreneurship in educational institutions like schools and universities. What is more important is the network, which should not only be built up but also regularly maintained. How the journey of Tobias and his team in 2020 looked like and from which mistakes he learned, you can hear in detail in our podcast.