Andreas Geier has shaped the German TV entertainment industry of the last 30 years like no other. Among other things, he was fundamentally involved in the merger of the two music channels MTV and VIVA, bringing together Joko Winterscheidt and Klaas Heufer-Umlauf. Now he is CEO of Streamwerke GmbH and talks in our podcast about his experiences and the future of media. 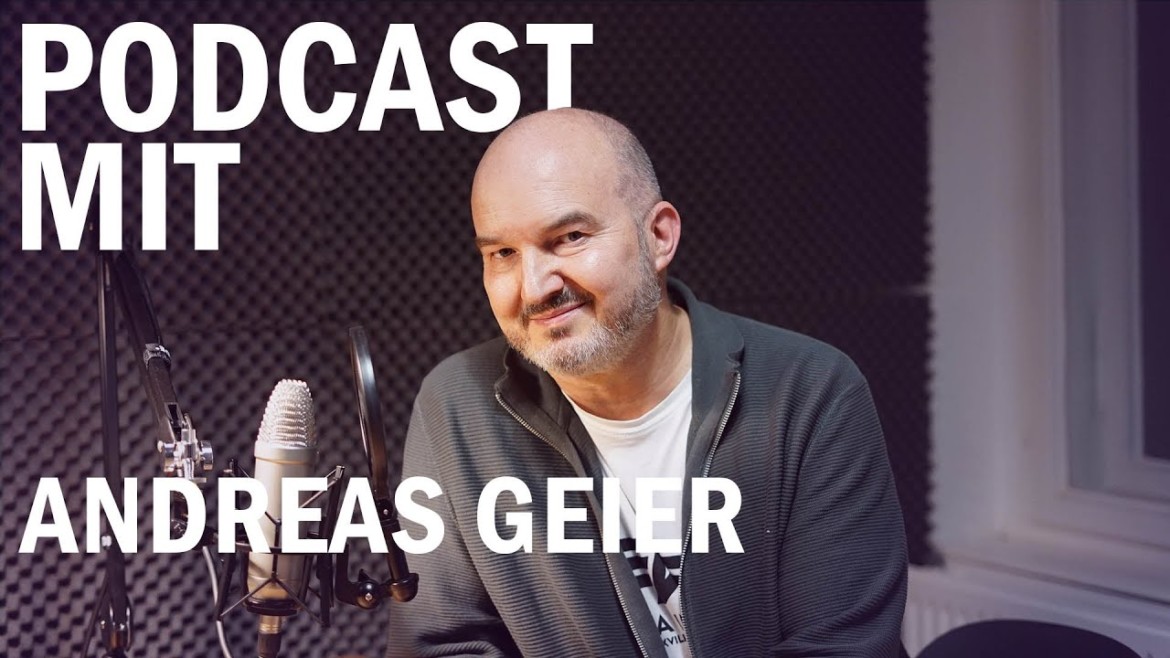 Andreas Geier is now CEO of Streamwerke GmbH and has played a significant role in shaping the world of media. In his early youth he was already connected to the creative industry and has grown with it. Finding his way into the media world, however, was not his goal from the beginning and certainly not after graduation. Andreas followed the wish of his parents to have a solid profession and studied economics before he was drawn into the media industry.

“THE SKETCHES THAT MADE US LAUGH ON THE FLOOR , AS BULLY, CHRISTIAN AND RICK PRESENTED THEM, MADE IT INTO THE PROGRAMME.”

Andreas started out as a “Bähnchen” driver in the Bavaria Filmpark, where he chauffeured tourists around the area. As a production driver, he then became a “girl for everything” and got to know the media world and the different trades better, including as a camera assistant. Some lucky coincidences and his growing know-how and brought Andreas further professionally and led him to some exciting stations in his curriculum vitae. Some of them have become an important part of the history of the German media and entertainment industry. After his beginnings he got a job as production manager and producer at the Bullyparade in 1997 through his colleague Oliver Mielke. He was the decision maker for the sketch selection and took over the editing and organization of the productions. The selection of content was rather unconventional.  Michael “Bully” Herbig, Christian Tramitz and Rick Kavanian regularly performed their self-made sketches without costumes. Every time Andreas and his colleagues lay on the floor laughing, the sketch made it into the TV program.

Creating Media is Teamwork – One man alone is nothing

One of his next stops led him to MTV in Berlin. Andreas traveled unsuspectingly to the capital of Germany and was introduced to the team as their new boss. His task was to continue to run the station for another three months with a budget that was barely sufficient and a team that had been reduced by 50%, and. Nevertheless they had to keep two liveshows a day running. He mastered this challenge together with his team of 12 people. It was especially important to him to fully integrate his team and to work with them on an equal footing. Because in his eyes, creating media is always teamwork. For Andreas the time at MTV didn’t feel like work, but more like a big party where he met his best friends every day. That doesn’t mean that there was no work. There was a lot of work and no attention was paid to overtime. The next decisive milestone was the merger of MTV and VIVA when VIVA moved from Cologne to Berlin. The best of both stations were packed together from their respective departments, which were to continue producing the different formats under one roof. Andreas was heavily involved in the merger of the stations and the continuation of the broadcast content. This was a difficult time for him, because the merger also meant the loss of some jobs and therefore friends among colleagues.

The discovery of Joko & Klaas

At that time Klaas Heufer-Umlauf was a presenter on Viva and Joko Winterscheidt presented MTVs TRL. Andreas Geier was fundamentally responsible for the development of the new format with Joko and Klaas. He called the project “Back to the future” because it was the last chance to launch a good new broadcasting format on MTV to revive the old MTV spirit. At the beginning it was only clear that Klaas would have to go from VIVA to MTV. Andreas was also responsible for this. Afterwards a classic casting was used to find a moderation partner for the new show. But nobody was there who could have fit. The rest of the story is almost a coincidence: After both of them had gone out for a drink one evening and Andreas Geier’s team was almost afraid that the whole idea of the new format might be put on hold after all, Andreas put more pressure on them and they decided to let Joko and Klaas do the format together. That they rocked it and became the most successful duo of our time is needless to say at this point.

A lot has changed in the media industry and presenters are no longer the “super stars” on television. Not only advertising budgets have fallen drasticaly. In the past, large budgets were spent on costly casting and talent searches, but today it is enough for many productions to take a look at Instagram, TikTok or YouTube. Such platforms offer an enormous amount of space for everyone to live out their creativity and present themselves. Many broadcasters are trying to increase their ratings by incorporating influencers from the new media. On television, however, it is difficult to let the ratings soar by an influencer. What works well in the new media does not necessarily work for television, because the influencer is successful in his role and on his channel and generates a high reach there. Nevertheless, Andreas believes that TV stars with such success stories as Stefan Raab or Joko and Klaas will probably not be around in the future. But with new formats there are also new opportunities, which should be approached creatively above all. The diversity for this can especially be found on the Internet.

when were the great years of classic television over?

Andreas Geier has witnessed the change from television to the new media. He was there when the budgets for TV productions were still enormous and the after parties were almost more expensive than the productions themselves. In his opinion, advertising budgets collapsed at two events and fundamentally changed the media landscape. The first event was September 11, 2001, when companies’ advertising spending fell noticeably. But there was still no alternative medium that could have replaced classic television. The Internet, but above all the mobile Internet, was still too slow at that time. However, this changed after the first economic crisis in 2008, when revenues for advertising via the classic media also collapsed. But at that time the Internet had been expanded quickly enough to make it increasingly interesting for advertising purposes. According to Andreas, however, classic, linear television will always retain a position in the media landscape. It is just as important for him to work with the new media and to keep up to date with the developments and trends. Fortunately, he has always been very interested in technology and is still up-to-date with Instagram, TikTok and the other platforms, not least because of his son. With Timm, Andreas has talked at length about the development of the media industry and gives very intimate insights into the world of media.

You can also watch our podcast here:

JUST GO FOR IT Like many others, Tariq Khan, after graduating from high school, was…