Matthias Baumbach is a self-employed business and industrial photographer. In this field he can combine his creativity with his fascination for technical sophistication and heavy equipment. His clients are companies from the STEM sector, who hire Matthias for marketing and image campaigns. However, the photos also appear in the context of teaching, where they explain and illustrate functionalities. In both cases, Matthias sees his main task as combining the technical with the human. Even though he sees himself more as a service provider and less as an artist, this field is also always about photographic storytelling and the right relationship between man and machine. He tells Timm Lindenau in the podcast which role creativity plays in this area, which technical photo dreams he would still like to fulfill and why he has rarely seen the Golden Hour so far. 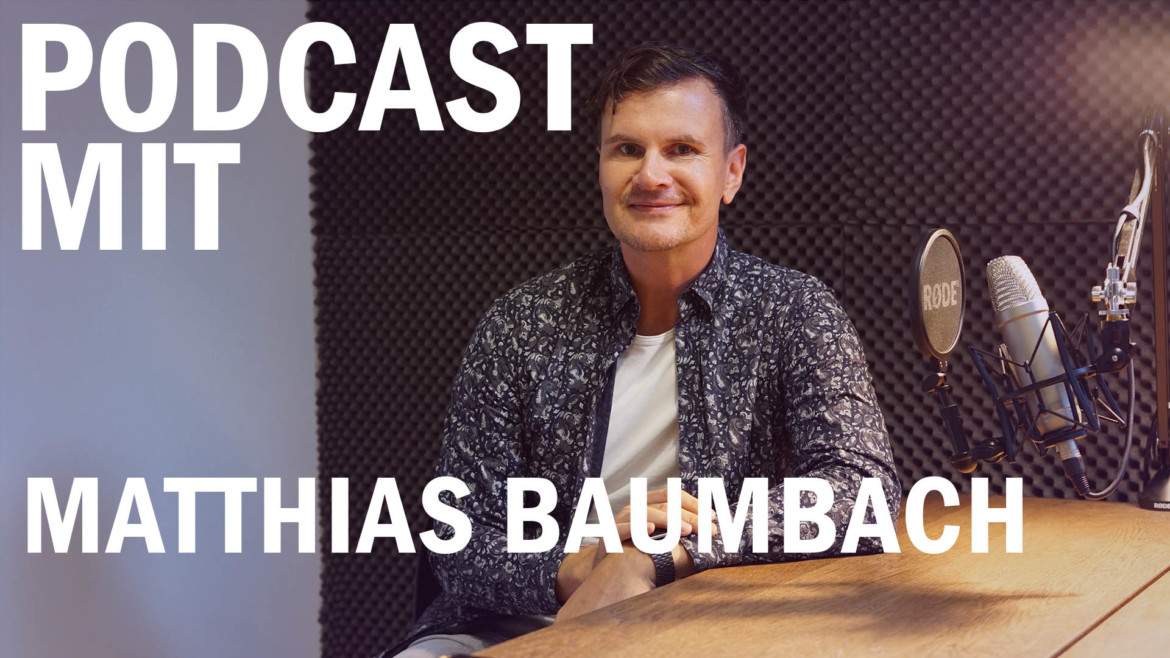 Matthias Baumbach grew up in Berlin Weißensee. The camera accompanied him from an early age. At 13, he got a Praktica BX 20 as a present for his youth initiation, which can still be found in his closet today. In post-reunification Berlin, he did not have to spend much time looking for exciting objects, so he rarely put the camera down.

Photography, however, was to remain a hobby for the time being, which had to take a back seat during his youth. After school, Matthias studied printing and media technology and is now an engineer. For a job at ebay, he lived in Potsdam for a while. With the start of his professional life, Matthias started to use his creative passion again and pressed the shutter release much more often. The results were so good that one day he was asked if he could photograph a wedding. Of course, there was money for it. And that made Matthias wonder whether his hobby in general could not be turned into a profession.

But Matthias not only has a heart for photography, but also for technology, machines and industry. And so he thought about how this could be brought together. When he came across the term industrial photography, it was immediately clear to him that this was what he wanted to do in the future. Combining the technical with the human aesthetically became his greatest drive.

In the industry, Matthias definitely recognized a need to catch up in terms of good photography, so his approach here gave him a good chance of gaining a foothold in the field. His key to success is having the right feel for people working and interacting with machines and technology. In the aesthetic formulation of precisely these interactions, Matthias recognizes the potential for storytelling.

Matthias has been successfully self-employed since 2016. What he particularly enjoys about his job is working with people who are not professionally in front of the camera. “It’s very satisfying to get a good picture of these people and then show it to them,” he tells the podcast. He takes his time with the industrial setting and seeks out conversations with those working there so they can feel comfortable in front of the camera.

“I’m like the Sendung mit der Maus with the camera.”

At the same time, Matthias also uses the job to satisfy his curiosity about technical things and how they work, and enjoys the exciting glimpses behind the walls of industry that most are denied to see. “I’m like the Sendung mit der Maus with a camera.”

In the podcast, Matthias talks not only about industrial and business photography, but also about possible moral boundaries in his job and portrait photography. He also tells Timm about his big dreams in the job and gives tips for his next photo shoot.