Karsten Kossatz is a founder and visionary. At just 19 years of age, he took over the traditional Org-Verlag publishing house. The young entrepreneur is constantly exchanging ideas in his environment and finds that money is not necessarily the most exciting aspect of a business model. Timm spoke with him about his ideas and very unusual marketing campaigns. 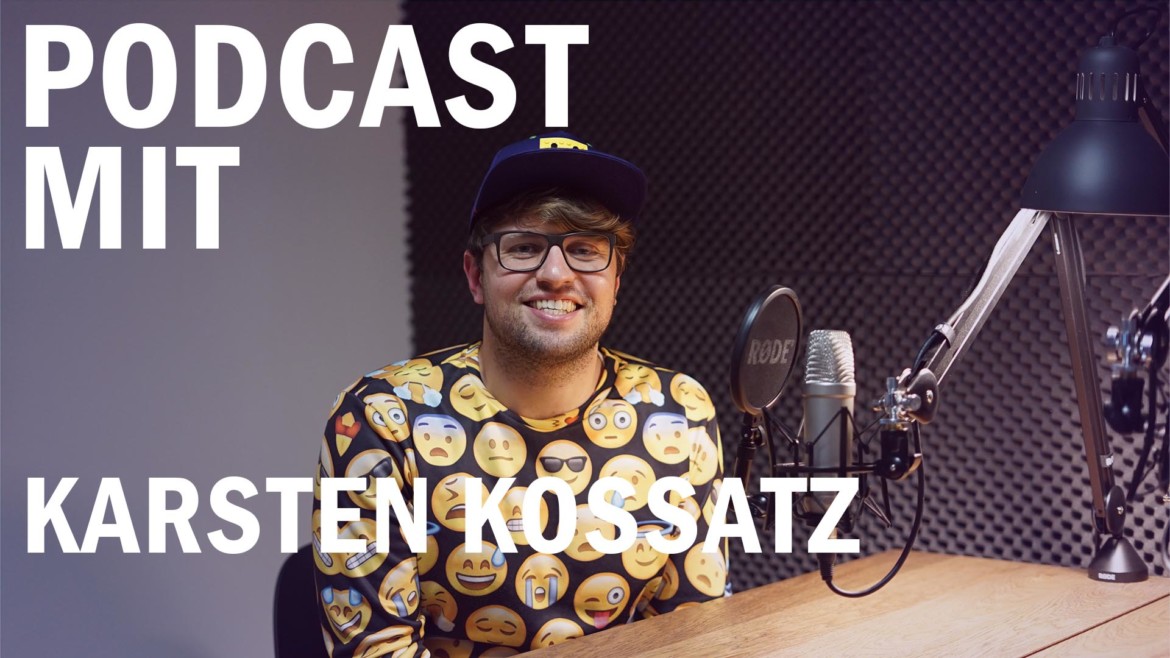 The young entrepreneur founded a total of four companies in 10 years. Karsten started with the takeover of the Org publishing house. A traditional ring binder manufactory with three employees, which still exists today thanks to Karsten’s courage and that of the long-time employees. A good decision and the starting signal for Karsten to give his own ideas more space. One of his success stories is the communication agency PLAIN, which became part of I LIKE VISUALS in 2020. With PLAIN Karsten had realized the urban art project THE HAUS a few years ago. A building on Kurfürstendamm, which was designed by several artists and then demolished. The project became known at that time through various marketing campaigns, among other things. One of the most bizarre is the “Görli” campaign. Karsten and his team bought small plastic bags, stuck stickers on them and gave them to the dealers in Görlitzer Park. Word of the Ku’damm project spread quickly. An incredibly effective idea to do target group specific marketing, because people were queuing up in front of THE HAUS.

But there were also ideas and foundations that were not so successful. Especially side projects that do not invest enough time and energy as needed do not work in the end. This is one of the lessons that almost every founder learns. The experience gained in this way is taken into the next start-up and then made better.

Working Where And With WHom You Want

Under the guise of PLAIN, Karsten founded Outside Society in 2019. A kind of mobile conference room that can be placed where people like to spend their time and work. An inspiring working atmosphere is created by opening the sides of the conference container and allowing a view of the surroundings. Solar panels on the roof provide electricity and operate the coffee machine, which is essential for creative work. Wifi is also available. Cooperation with the Berlin Forestry and the Groth Group supported the business idea. Karsten developed Outside Society further and founded independesk. A platform on which everyone can offer free workplaces for rent. Especially in 2020 a welcome alternative to the home office and also a good solution for companies, so that their employees can work more productively without being exposed to disturbing factors like washing machines or the like in the private background.

„How Little Value my live would have withoout my favourite places.”

In the first lockdown in 2020, Karsten and other like-minded people built up the platform helfen.berlin within just one week. A very emotional non-profit project that financially supported its own favorite places. Vouchers worth a total of 1.5 million EUR were purchased online within six weeks. The money saved bars, restaurants and cafés. They were able to pay their rents with it. Other German cities, such as Munich, also had such great initiatives that were launched.

Having The courage to talk about ideas

For Karsten, ideas are the greatest gift one possesses. If they are shared with others, new ideas can emerge from them and something can be moved and even changed. He is a visionary and writes down all his ideas analogously. It is very important how he finds, so that the head is free and can think further. Where he gets his inspirations, how an idea becomes a working business model and what he wants to buy an island for, you can hear in the podcast.

Matthias Baumbach grew up in Berlin Weißensee. The camera accompanied him from an early age.…