The CEO of media:net berlinbrandenburg e.V. talks about her fears caused by  the pandemic and gives advise to businesses and startups. 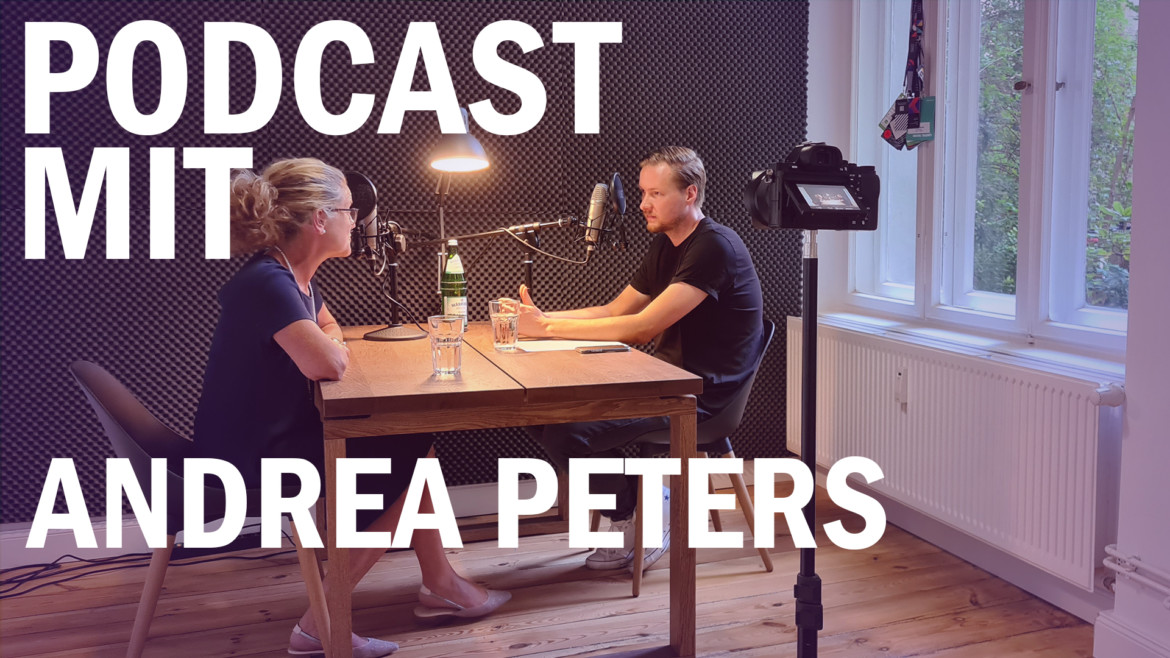 Andrea Peters came to Berlin in 1985 without great expectations. She had no precise idea what she wanted to study and initially toyed with the idea of becoming a midwife. Through a friend she became aware of the social and business communication studies at the HdK, applied and was accepted. She didn’t know what to expect from the course and assumed that it would be a course in film, radio, design and advertising. This was her entry into the media and creative world. On the side she had a job in the gastronomy industry to keep her head above water during the wall times during her studies. In the pub where she worked, as chance would have it, a film team took notice of her. They offered her a job. After a season as a catering girl for “Drei Damen vom Grill”, she quickly rose to the position of driver, script girl and finally production manager.

In 1992 she had her first child and took a career break. Through friends she came to film promotion and spent six years building up the Master School Screenplay and retired from the producing business. She developed further education programs for writers and dramaturges until she became a mom for the second time. Shortly afterwards, in 2002, she moved to the Erich Pommer Institute for Film and Television and developed, among other things, the Entertainment Master Class. Today, thirteen years ago, she was approached for the position of managing director and since 2014 she has been chairman of the board of the association and managing director of the MediaTech Hub Potsdam Management GmbH and media:net. 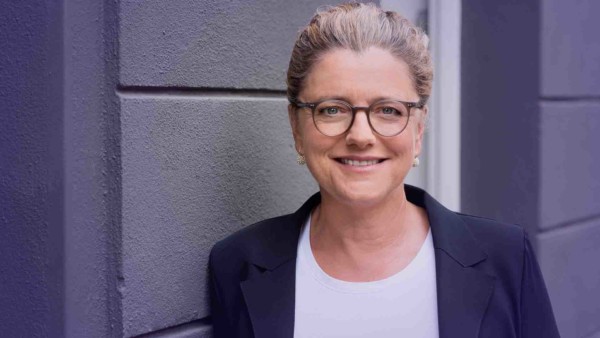 Besides her responsible position at media:net berlinbrandenburg e.V., she is a valuable member of several committees, supervisory boards and juries. Andrea Peters is, among other things, chairwoman of the advisory board of Investitionsbank Berlin, as well as a member of the Berlin Startup Unit and on the board of trustees of the Film Festival Cottbus. Andrea never had a concrete plan, she just always had a love for film, television and media and has always remained true to the creative industry. One of the secrets of her success is to cultivate the contacts she made 35 years ago and to build a good network. It is important to her to have played a role and not just to have a function. She wants to change and move things in the creative industries.

media:net berlinbrandenburg e.V. connects people with each other. Investors with startups, musicians with gamers, banks with their core target groups. Its members benefit from individual support and membership lists. Any private person or company can become a member of media:net berlinbrandenburg e.V. A new initiative “berlin.digital” is thematically not only dealing with media, but especially with the digitalization of companies, with digital companies as such and the networking of start-ups. The association offers sponsoring memberships for private individuals and the opportunity to participate in business events in order to build up a network and reach potential customers and clients. But how do you manage to build a good network? Andrea Peters has very clear answers to this question. It is important to participate in events, to build networking opportunities into your daily work routine and to be actively involved. Reserved people should jump over their shadow and dare to talk to other people and, like Andrea Peters, listen carefully. One should always keep in mind that this is a business event and everyone is looking for new contacts and likes to network.

The Corona pandemic was also a shock for the chairwoman of media:net berlinbrandenburg e.V. and had or has extreme effects on her business. Before the pandemic she had a 60-hour week and a busy schedule with meetings and three to four evening events per week. Before Corona, she used to spend just two hours a day on her laptop from the 60-hour week, but today that’s different. Due to the restrictions and changes, she had to reorganize her concept. Everything became digital! The investor dinner with startups became a zoom conference with “breakout rooms”. Podcasts were recorded and a “Digital Lunch” with other members was convened. Andrea herself noticed that her working day is shorter and her desk is heavier and offline events can only take place on a small scale. But there was also something good about it, many investors from different countries are now attending the investor dinner because they can participate with Zoom and don’t have to travel extra.

Andrea takes a critical view of the future of the creative industries and fears that the old “normal” will never happen again and that a new state will become “normal”. She finds it frightening how quickly people and also she herself have gotten used to the condition by COVID-19. When she sees films from back then, she wonders whether in today’s movies the lovers are not allowed to kiss or hug each other. The question of how to achieve more with less effort will become more and more important in her eyes. Companies will move away from high mobility and use more apps like Zoom. In addition, the world of virtual reality will become increasingly popular. However, she is also sure that this was not the end of the crisis. Insolvencies of event agencies and service providers will follow and small productions will fear for their existence.

Andrea Peters sees the solution in state support and a contingency insurance for smaller productions, among other things, which should be taken over by the state. She also believes that tests during shooting, which should be taken over by sponsors, could save smaller film productions from insolvency. Whether the vaccine means the end of the pandemic or the visual language will be completely changed by Corona, the CEO does not know, but one day she hopes to be able to go to a Dua Lipa concert with her nineteen-year-old daughter again.

The chairwoman of the executive board of media:net berlinbrandenburg e.V. will leave media:net at the end of this year and take off in a new company as managing director. We wish her much success and are curious what she will achieve in her new position.

Inspecting the KSK “The Stromberg comparison is not valid!”

Insurance coverage is a rather dull topic, and for most people it stops after the…