Alister Mazzotti is a stuntman and does exactly what we imagine it to be: falling from a skyscraper, fighting with the hero of a movie, getting hit by a car. At least that’s what he used to do. Today, the 48-year-old works largely as a fight choreographer, stunt coordinator and action director. Since the 90s, he’s seen a lot of movie sets and also worked with one or two Hollywood-Stars. It’s obvious that there are exciting stories lurking there. So we put Alister in our podcast studio with our host Timm Lindenau. And now we know how you get to this profession, when a stuntman says no and what Alister thinks about Steven Seagal. 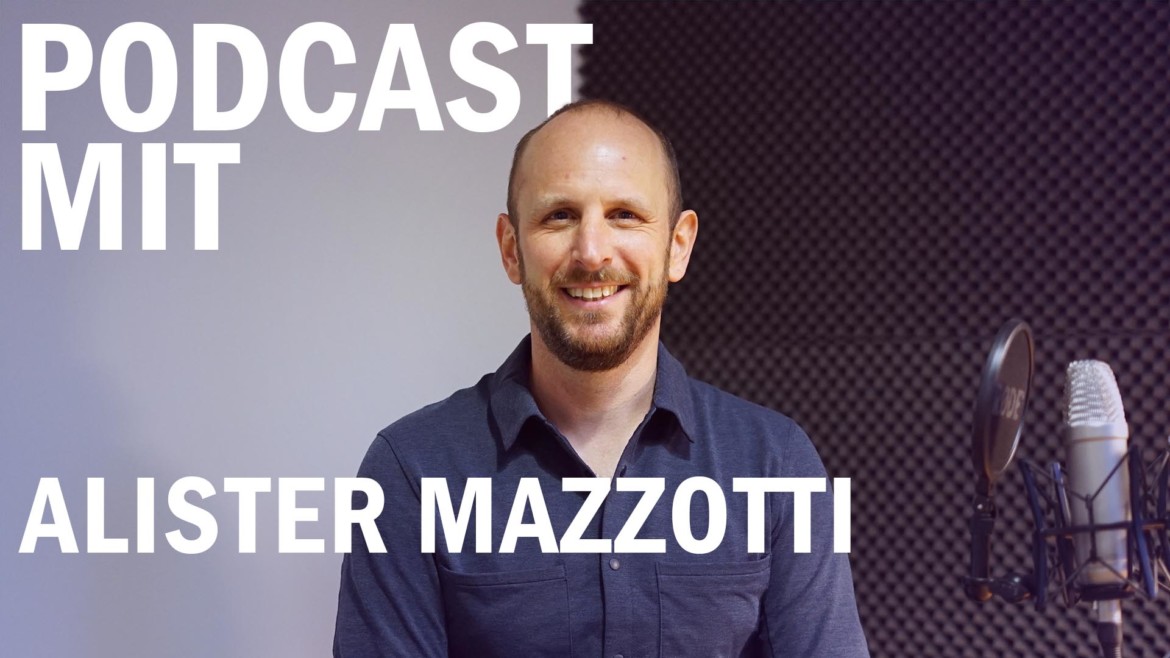 Alister Mazzotti’s resume includes rather unusual skills; something like being able to spectacularly throw himself off a skyscraper or elegantly get hit by a car. That sounds crazy, but it’s not. Alister is a stuntman and has been working on film sets all over the world since the 1990s. He flirted with this profession from an early age.

Alister was born in London, although his parents and older sister lived in Switzerland. But in order to give the unborn child EU citizenship, the parents traveled to the mother’s home country, London, for the birth. Afterwards, however, they returned to Switzerland, where Alister spent his childhood and parts of his youth.

MOVEMENT INSTEAD OF RECORDER

At school, Alister lacked one thing above all: movement! “School was all about compulsory exercise, mostly sitting and sitting still. Those are things that didn’t work for me,” the Berliner-by-choice tells the podcast. Fortunately, he was taken out of the compulsory recorder lessons so he could move around. In the other subjects, there was less insight on the part of the teachers.

In his free time, it was athletics and fencing where Alister could satisfy his urge to move. When he had to choose between the two, he found his passion in fencing. Later, he was called up to the national team and fought duels in the World Cup. So it was clear to Alister early on that he would want to work with movement.

His parents had somewhat different plans for him and would have liked to see him work as a doctor. However, Alister had to avoid this at all costs and dropped out of high school. This dropout was pure calculation. Because without the degree he could not become a doctor. And so he sabotaged his parents’ plan and gained freedom in his choice of profession. Alister had long since decided that he wanted to become a stuntman.

The workplace of a stuntman is usually the film set. However, there were relatively few of these in Switzerland. So in the 1990s, Alister went to Berlin, where he persuaded the successful stuntman Gerd Grzesczak to become his mentor and was introduced to the world of stunts. Due to his fencing skills, the young stuntman was often used for portrayals of musketeers at the time.

Over time, Alister also made a name for himself on the scene and was on quite a few movie sets around the world. On one he held Natalie Portman in his arms, on another he took a beating from Steven Seagal.

In the podcast, Alister also talks about how the stunt business has changed. In the 90s, it was much more dangerous than it is today. He also used to do some crazy stuff, the risk of which was not at all proportional to the effect of the stunt.

“If you hear me scream, pan the camera! Then I’ll fall and at least you’ll still get the fall on it.”

Alister wouldn’t do much of that today. But fortunately he doesn’t have to. Because today he works more as a fight choreographer, stunt coordinator and action director. That means that the stunts are done by others today. But even they don’t have to do the crazy stuff from the 90s anymore, because most of it can be done much more elegantly in post-production. This makes the work of the stunt people less dangerous, while at the same time increasing the spectacle for the viewers.

In our podcast with Timm Lindenau, the stuntman tells us in detail what crazy things Alister Mazotti did in the 90s, which countries have the most exciting productions and what he thinks of Steven Seagal.

JUST GO FOR IT Like many others, Tariq Khan, after graduating from high school, was…