Tom Sommerlatte originally wanted to be a cowboy, but ended up becoming an actor, screenwriter and director. And although he was once thrown out of acting school, he is quite successful today.  And not only as an actor: his cinema debut as screenwriter and director of “Im Sommer wohnt er unten” (In Summer He Lives Downstairs) screened at the Berlinale in 2015 and cleared numerous awards. But Tom knows that, in retrospect, it’s the detours that lead you to a happy life. 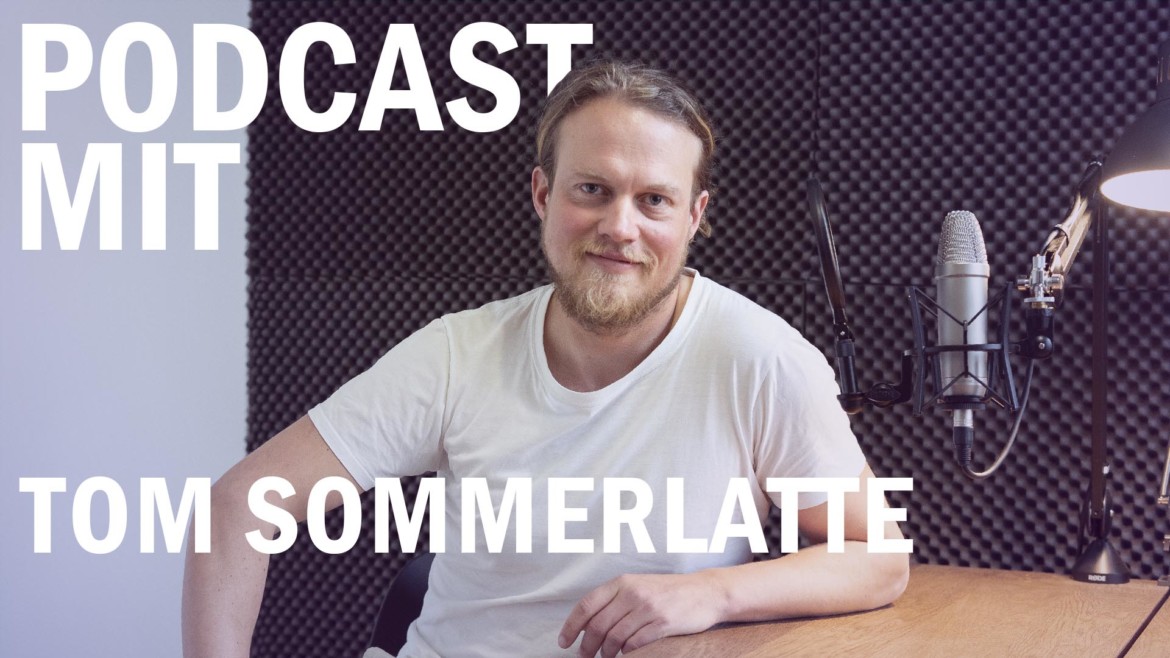 Tom was born in Wiesbaden in 1985 and already had nine siblings. Two more were to follow him. But what many imagine as chaotic and exhausting was the most beautiful thing in the world for the now 36-year-old. There was actually only pressure at the dinner table, when he had to worry about his second helping with all the growling stomachs and had to eat quickly accordingly. Otherwise, the parents only ever cared that the children followed their passions and supported them in this.

After Tom had to say goodbye to his dream of becoming a cowboy at an early age due to an allergy to horse hair, his second passion led him to apply to state drama schools. The competition at these schools is high and anyone who wants to try out has to undergo a real application marathon.

For Tom this went really well and already the fifth audition led to success and the Mendelssohn-Bartholdy-Schule in Leipzig accepted him. However, things did not go so well in the exams, and after only the second failed attempt, Tom was irrevocably exmatriculated. “State drama schools are structured in a super crass hierarchy,” Tom tells the podcast. “You don’t disagree with your instructor. Anything he tells you, even if it’s you’re out of here, you just swallow.”

A Screenplay for his buddys

Leipzig lost its charm when he was de-registered from the university, and Tom moved to Berlin. But fortunately, his lecturer’s words did not fall on particularly fertile ground. Because in Berlin, Tom became exactly what his lecturer said he couldn’t do well enough: An actor. With a bit of waitressing and an agency, Tom made ends meet as such in Berlin.

Tom loves being in front of the camera as an actor and slipping into different costumes and roles. But since there was a lack of interesting roles for him at the time, he simply started writing a script himself. This was intended more as a project among buddies and accordingly kept simple in terms of cost. But as luck would have it, Tom’s sister Iris was already known as a producer and was enthusiastic about the script for “Im Sommer wohnt er unten“.

Together they produced the film and from the beginning it was clear that they would submit it to the Berlinale. With success: the film screened in 2015 as the opening film of “Perspektive Deutsches Kino” and was subsequently awarded numerous prizes. The film’s French narrative, which played a large part in its success, came naturally to Tom, as he has half French roots and developed a passion for French cinema as a teenager.

In 2018, Tom’s second film was released: ” Bruder Schwester Herz” (Brother Sister Heart). And it was here that Tom fulfilled his cowboy dream. At least indirectly in the production of the male lead, who takes over the cattle breeding of her father in the film. As with the first film, Sebastian Fräsdorf takes on the male lead role because the two got along well and could simply work very well together.

This was especially important to Tom in the case of these roles, since he had written them for himself, so to speak, and would have liked to take them on accordingly. But directing and starring always means making sacrifices, which is out of the question for Tom: “When you write your own lead, you have to find someone to direct you. You have to make a decision so you can give 100%.”

In the podcast, Timm talks with Tom about the hierarchy issues at state drama schools, regional film funding, and Tom’s boot camp experience for the film “Buffalo Soldier ’44.”

As always, our podcast is also available to watch: