Andrea Peters is a repeat Comacon offender. A good year ago, she was already a guest in our podcast studio. At that time, she was still working as the executive chairwoman of the board at media:net berlinbrandenburg. Since the beginning of the year, she has been managing director at Theaterkunst GmbH, one of the largest costume rental companies in the world. What’s particularly exciting about it is the close collaboration with the film and television industry, from which the majority of its customers come. And so there was plenty to talk about with our podcast host Timm Lindenau during the second visit of the likeable networker. 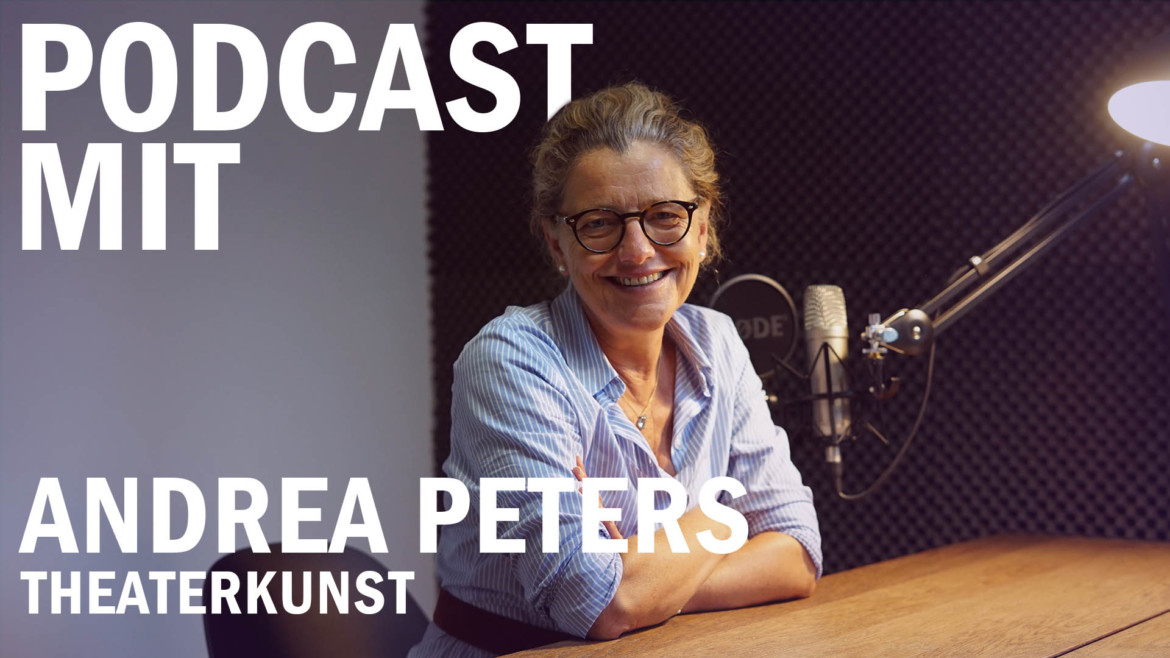 Andrea Peters’ professional career sounds a bit like out of a storybook. In 1985, she came to Berlin and wanted to do something with media, film and advertising, which was much more adventurous back then than it is today. She began studying social and business communications; she waited tables on the side. At her bar, there are always filmmakers, mainly production and recording managers. And they figure that if you’re good at waiting tables, you’re good at catering, so they give her a job as a caterer on the set of “Drei Damen vom Grill”. The TV set is the right place to work; it’s just that the job isn’t right yet. The directors also recognize this and give Andrea more tasks and responsibility from season to season. In the end, she was the director of photography.

With her first child, she took some distance from the hustle and bustle of production and went into further education. First in screenwriting and dramaturgy, later in media law and media financing at the Erich Pommer Institute, but again with a focus on the film and television industry. It was not until she was appointed managing director of media:net berlinbrandenburg that she left this focus to represent interests in other areas of the media industry, such as games, music and advertising. With the post as chairman of the board and managing director, she can climb yet another rung on the career ladder at the network association.

“We have seven kilometers of hanging goods alone.”

With the turn of the year, the change to a new employer was on the agenda, which Andrea was not allowed to reveal to us in the podcast just over a year ago. It is Theaterkunst GmbH, one of the largest costume rental companies and fabricators in the world. Andrea is also happy about this job because it means a return to the film and television industry, even if the name of the company doesn’t necessarily suggest that. Today, however, 95 percent of the customers come from precisely this industry and borrow original costumes and uniforms from past eras.

IN THE MIDST OF CHANGE

The changes in the industry due to streaming platforms and elaborate series productions are also noticeable in Andrea’s field of work. For a series production, costumes and uniforms have to be rented for much longer and there is an increased demand for content from the market leaders. This also benefits German production studios, as they now no longer produce only for national broadcasters and cinemas, but are automatically in international competition, Andrea explains in the podcast. The success of series like “Dark” highlight the potential of German formats and bring the costumes of Theaterkunst GmbH to international screens.

But Theaterkunst’s pieces are not only seen in German productions. Whoever – no matter where in the world – needs a Wehrmacht uniform for a film or a series, asks the traditional German company. This is because valuable originals serve as models there, and concentrated historical knowledge in Andrea’s team ensures the faithful reproduction of such pieces in every detail. This is important because some people like to stop the stream when the wrong medal is hanging on the jacket, as Timm knows and Andrea confirms.

Also coming out in the second podcast with Andrea Peters is her great ability to network, which showed again and again in the first podcast. That’s why she’s such an exciting interviewee from whom creative professionals or related industries can learn so much. In the podcast, she talks even more about her work, how many millions of pieces of clothing can be digitally captured, and tells us whether one of these pieces falls out of the large pool for her.