Tariq Khan is a passionate filmmaker and in 2012 he founded what has become the largest community of filmmakers: Filmemacher Deutschland (FMD). Of the approximately 27,500 members in the Facebook group, about 10,000 are active every day. In addition to exchanging ideas with each other, FMD implements film projects abroad and creates new competitions and marketing formats. 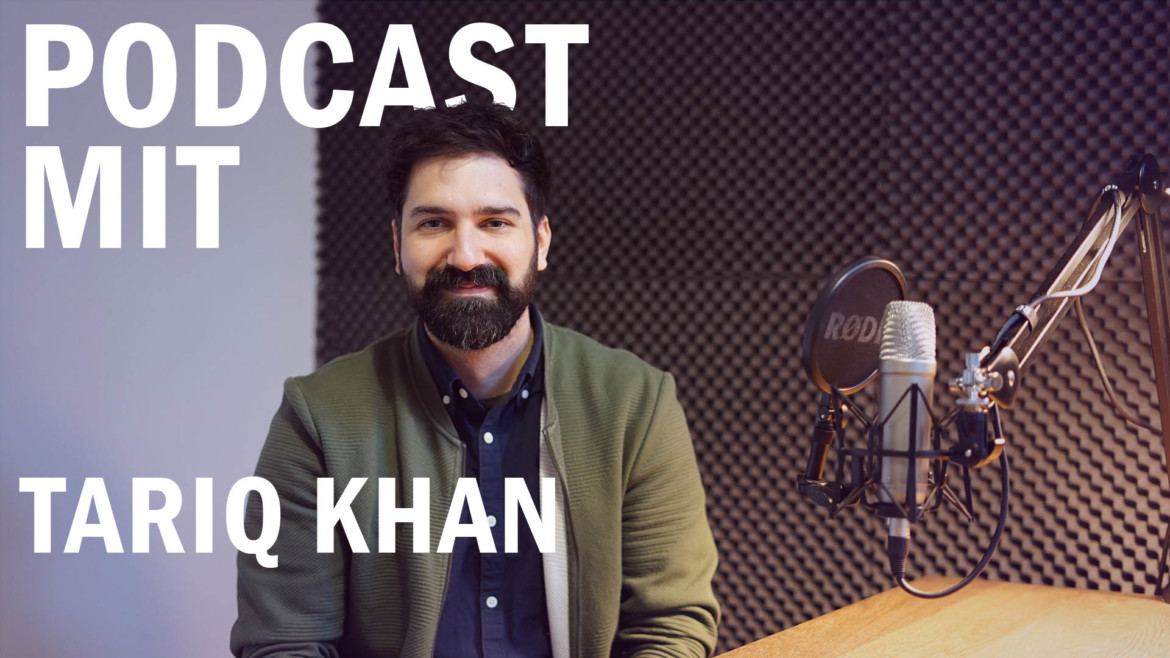 JUST GO FOR IT

Like many others, Tariq Khan, after graduating from high school, was initially rather haphazard about what to do. Typical questions from family and friends he avoided with a sham study (Chinese). Tariq also worked in radio where he got his first access to the media world. His interest was awakened and it drew him towards film. In order to be able to tackle his first projects, he bought a Canon 600D and spontaneously approached the drummer of a band to record a music video for him in Ireland. Without a concept but with a lot of luck he managed to realize his project together with the drummer and a small team. After that, more music videos followed. But Tariq soon realized that fun and joy alone are not enough to finance himself with the production of videos. What he lacked above all was structure and planning. So he applied to the Hochschule der Populären Künste in Berlin and even got a full scholarship for the media design course. During his studies Tariq founded the Facebook group Filmemacher Deutschland (Filmmakers Germany) in 2012. With this group he wanted to exchange ideas with other filmmakers during his studies. The initially manageable size of the group grew steadily and soon reached a five-digit number of members. During his internship at HD+, Tariq met the filmmaker Sascha Gottschalk. Both recognized the potential of the Facebook group for potential customer orders and founded Filmemacher Deutschland GmbH (www.fmd-productions.com). For financial support, Tariq and Sascha brought an investor on board and were able to start their first projects by investing in camera equipment. The basic idea was to produce spectacular documentaries in exotic countries. The recruitment of the film team was always done through their own Facebook group, which already has over 27,000 members. In retrospect, trips to Nepal and Africa were great and valuable experiences, but did not bring the financial success we had hoped for.

It has always been important for Tariq not to follow the standards of other filmmakers, but to develop new formats. Ideally, the projects that Filmemacher Deutschland GmbH implements for corporate clients should always have a far-reaching added value for the community and also for the client. Finally, in 2018, a new format idea succeeded in convincing Ethihat as a customer. The Falcon Lens Award is a film competition that pits the world’s 20 best filmmakers against each other to shoot a 100-second film in Abu Dhabi. The concept was successful, and in addition to successful marketing for the customer, breathtaking films were created. Filmmaker Germany recently implemented the same concept for Usedom. For the Usedom Tourismus GmbH, they managed this year, despite strict hygiene requirements, to successfully organize the Sunspot Award with 10 filmmakers.

The films created by the filmmakers in the individual foreign projects show indescribably beautiful and unique images. No trace of travel stress, obstacles on location or time constraints. However, the very complex journeys of filmmakers Germany are like a marathon, says Tariq. He is always happy when he is back home after a spectacular foreign project, as travel projects can always be physically and mentally very exhausting. Tariq and the accompanying filmmakers don’t get much out of their stays in the most luxurious resorts if you are under time pressure every day and rush from place to place. This is also the case in 2019 on their tour of Japan. For one customer, Filmmaker Germany has made a “bucket list” in Japan. A great documentary format with influencers and lots of material for behind the scene was created.

For the future of FMD a lot more is planned. Tariq tells in our podcast what could change, why more should be talked about Saarland and why the community members are mostly spared from advertising.

Tom was born in Wiesbaden in 1985 and already had nine siblings. Two more were…