Christof Ellinghaus is the founder and CEO of Germany’s most important indie label City Slang and has been in the music business for over 30 years. In the 90s he helped North American indie bands like Nirvana, the Flaming Lips or Courtney Love’s band, Hole, to be successful in Europe. Today, he and his label are instrumental in the international success of Noga Erez, Roosevelt or Caribou. That adds up to quite a bit of experience. Christof spoke with Timm about his beginnings as a booker, how the music and label business has changed, and why the question of major or indie is still relevant in 2021. 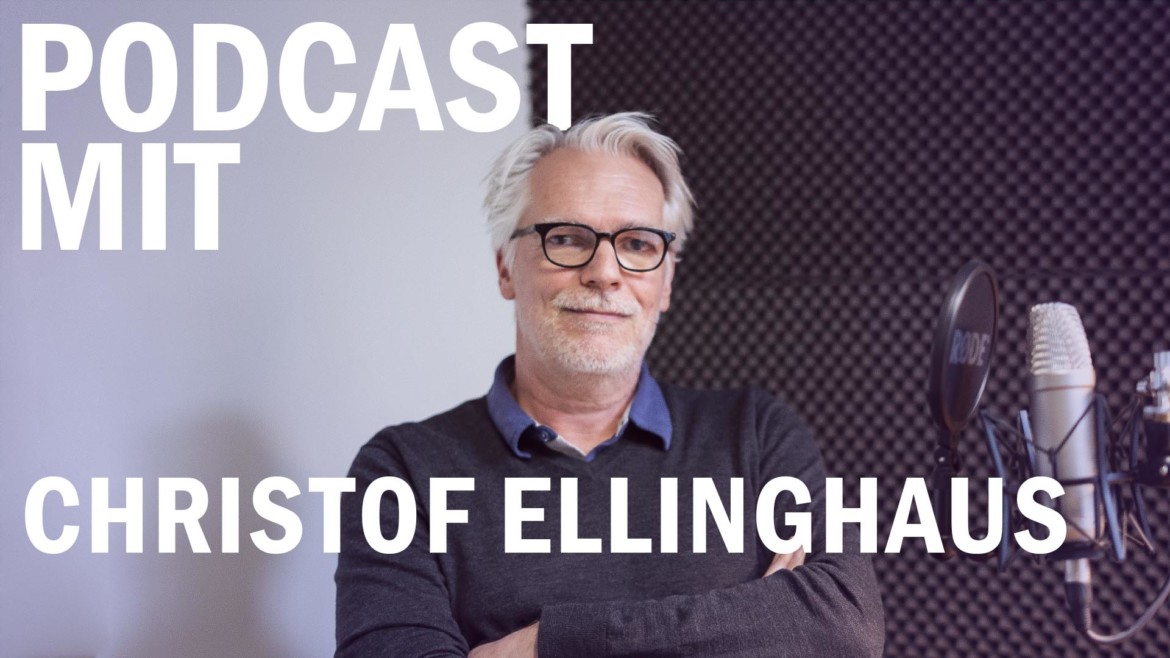 With almost 2 hours, Christof Ellinghaus has set the record for our longest podcast. Christof is skeptical, though, that anyone would want to listen to it for that long. We’re not. Because the founder and CEO of the Berlin label City Slang has so much exciting to say that we could have hung on his every word for longer. And Timm would have liked to invite him again. It’s not just his 30 years of experience in the music business as a booker, tour manager and label boss, but also his likeably open and unagitated way of telling stories that make the stories about Nirvana and Courtney Love, the constant ups and downs of his label and the Michelin star for his wine bar so worth listening to. Christof has turned his hobby and passion into a profession.

Today, artists like Noga Erez, Roosevelt, José Gonzales or Caribou benefit from Christof’s passion. They are all signed to City Slang and have since achieved international success. The fact that this success is often greater abroad than in Germany is also due to the orientation and the history of the label.

“I was kind of Friends with nirvana”

The story began in Beverungen on the Weser, where Christof was born and raised. His somewhat older friend Rainhard Holstein socialized the still young Christof with North American punk rock and new wave. Rainhard ran an indie label and had started the fanzine “The Glitterhouse“, for which Christof began writing.

When Christof then enrolled in history, journalism and political science in Berlin to get away from home and escape military service, it was precisely this fanzine that opened the door to the music business for him. A record store owner friend was looking for a companion for the German tour of a North American band that Christof steadily wrote about in “The Glitterhouse.” With that he knew more about the band than most and did the job.

More bands followed and Christof became the go-to guy for North American bands who wanted to become successful in Europe and needed someone on the ground to organize the tours and do the promo. Among these bands was Nirvana. However, before they had written music history.

“Nirvana used to be underground, too; they weren’t an MTV creation.”

Following the call of North American bands for a label that could do distribution and promo on European soil, Christof then heeded in 1990 and founded City Slang for this very purpose. One of the first bands he had a big success with in Germany was the band Hole. The lead singer was none other than Courtney Love, the widow of grunge legend Kurt Cobain. Attracted by this success, more and more bands came to City Slang, so that the label became the European indie address for North American punk, new wave and grunge, although Christof rejects the term grunge to this day and would never use it himself.

Interface between commerce and music

Christof’s work as a label boss is not so much about big chart success, but more about “fringe sound reinforcement,” as he tells us in the podcast. He sees the label as an extension of his passion for interesting music, which has so far remained under the media radar.

“I live at a strange intersection of commerce and art. And my promise is to make enough commerce out of your art that, at best, you and I can make a living out of it.”

Many music makers in City Slang’s catalog have succeeded in doing just that. And Christof is certain that many of them would not have made it this far without a label behind them. Noga Erez is a case in point. Once discovered on YouTube, Christof and his team have been working for five years to successfully market this truly great artist from Israel. The talent is undoubtedly there, but to be successful it takes more. Now, finally, the work is paying off and the recently released second album “Kids” is getting the attention it deserves.

So there are always two types of signings at City Slang: the successful ones that bring in the money, and the still developing ones that that money is invested in; hoping, of course, that they will switch sides and turn a profit themselves. Since Christof winkingly doesn’t forbid his bands from “being wildly successful,” that happens now and then. And then it can happen that a major label with an open checkbook comes knocking and poaches the band. Labels like City Slang usually don’t come off well, Christof knows.

To make sure this doesn’t happen as much, City Slang has gone international and has branches in New York, London and Paris. This way, the label can also support artists abroad locally and make promotions that are tailored to their needs.

“Without streaming, we would not have survived the pandemic.”

In the 90s, a large part of the income for City Slang also came from the sale of recordings. The live tours were only meant to more or less boost those sales without being economically relevant themselves. That has changed. Today, it’s the tours that put money into the coffers of artists and labels. Unfortunately, this income is currently falling away due to the pandemic. Interestingly, City Slang’s salvation came from the streaming services, which are usually so heavily criticized for their playlist and compensation policies towards labels and music creators.

In the podcast, Christof Ellinghaus tells us how to recognize a big star before he is one, how nice it is to pave the way to success for artists like Noga Erez or Roosevelt, and what difference a label like City Slang makes to the major labels. Almost two hours sounds long. But it’s worth it!