He got to know the three Samwer brothers personally and digitalised the betting offices of Mybet. Markus Peuler has some exciting and impressive achievements in his curriculum vitae. He is currently CEO at NeXR Technologies SE and heads a team of 50 people. He talked to Timm Lindenau about the important things he had to do along the way, what makes a good manager and what comes after digitalisation. 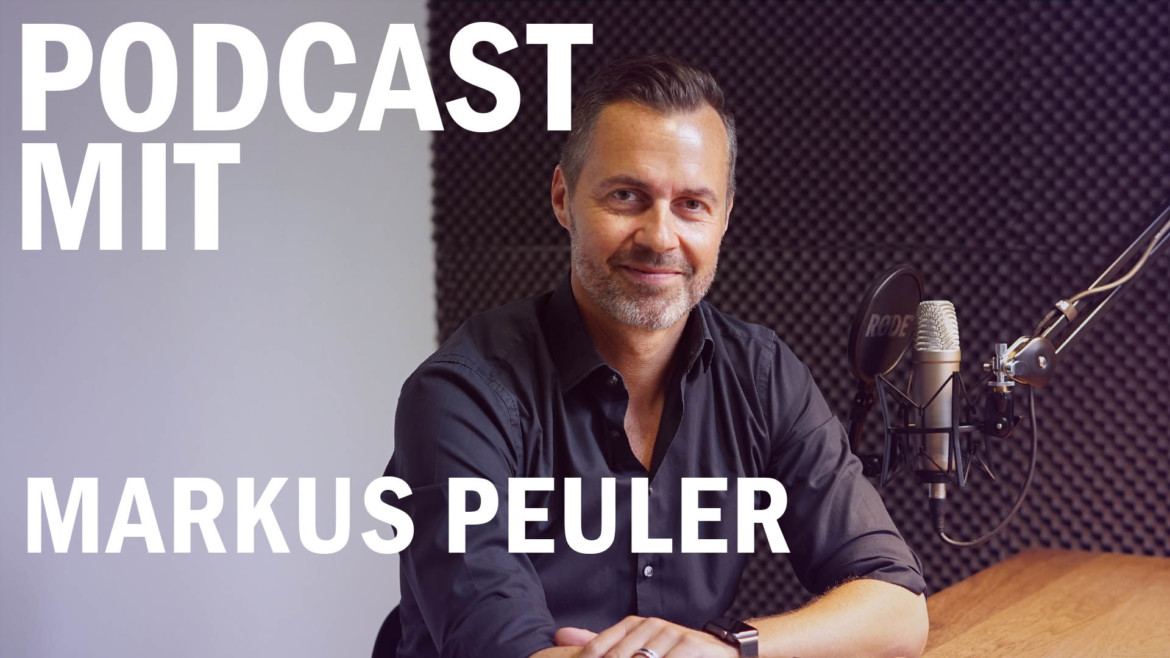 NeXR Technologies develops future generation apps and technologies. The combination of Virtual Reality (VR), Augmented Reality (AR) and Mixed Reality (MR) forms the extended reality (XR). Scanning, motion capture and agency for VR experiences are the three business areas of the startup. The goal is to create virtual spaces and worlds. The team around CEO Markus Peuler is very successful and develops great applications like the NeXR seminar.

But Markus Peuler did not start his professional career immediately as CEO of a trendsetting technology start-up. After graduating from high school, Markus did a commercial apprenticeship as an industrial clerk at BMW. During these three years he developed a passion for cars and the BMW brand. He became increasingly interested in the areas of human resources management and finance. Following his apprenticeship, he took his now very pronounced interest in personnel and financial management and studied business administration at the Humboldt University in Berlin. In mathematics, which was not one of his strong points during his school years, he took extra basic courses to make up for his deficits and master his studies.

On his “way” to the CEO position at NeXR Technologies SE there were many opportunities for him to grow professionally and to prove his skills again and again. Markus seized these opportunities and made good progress. Two of these opportunities were his stations at Jamba and Mybet. Among other things he was responsible for the finances. Markus had the most exciting time at Jamba, where he grew with the company for 10 years and experienced many innovative ideas. Ideas that were then taken up years later by other companies and are successful today like Spotify or Netflix. Jamba was ahead of its time with its ideas and products. So the idea of streaming music was a good one; but the mobile internet costs in 2006 were still 5.000 EUR per song stream. The next stop for Markus was Mybet Sportwetten because, as an experienced CFO, it was important for him to work for a listed company and deal with topics such as capital markets. Mybet was in a state of flux at the time and was largely an offline company with around 200 betting offices. Markus was one of the two driving forces behind Mybet’s development towards digitalisation. Markus took a lot with him from these two very intensive and important jobs. Being able to see or estimate where the development of a company might go or what the next trend might be is an important factor. Another is to find someone, an investor, who will co-finance the vision and believes in the idea. Finding and convincing the right investor is essential for many start-ups.

The advice of his mentor during his education was groundbreaking for Markus. Especially in his younger years, immediately after school, it can be an advantage to be coached and to find out his strengths in an intensive exchange with a mentor. For Markus himself it was a very important factor to have a mentor whom he could ask for advice. This influenced his path at least 50 percent. For company managers, one of the most important tasks is to be an advisor for employees and the network, to pass on experiences and to talk about mistakes one has made so that others can avoid them. Markus enjoys being a mentor. Whether for his two children (14 and 17 years old) or for his employees and his network. He likes to pass on his experiences and helps when he is asked.

He now brings his know-how and all his experience to NeXR Technologies SE. In addition to his duties and the responsible tasks as company manager, Markus attaches great importance to the atmosphere in his team. He regularly exchanges information with the employees, thus recognising problems at an early stage and being able to react in time. But networking is also part of his everyday life as a communicative person. He is convinced that networking can have a positive influence on professional success. Markus got many of his jobs through his good network. You can achieve a lot through recommendations and personal exchange. Besides digital platforms like LinkedIn and Xing as networking opportunities, regular visits to events are far more important.

You can watch the podcast here: