The Berlin actor is known from the series “In aller Freundschaft”, “Soko Leipzig” or “Dogs of Berlin” and is at home in musicals and on theater stages. Due to Corona the Falco tour was cancelled shortly before the lockdown and also the film shooting has changed a lot. 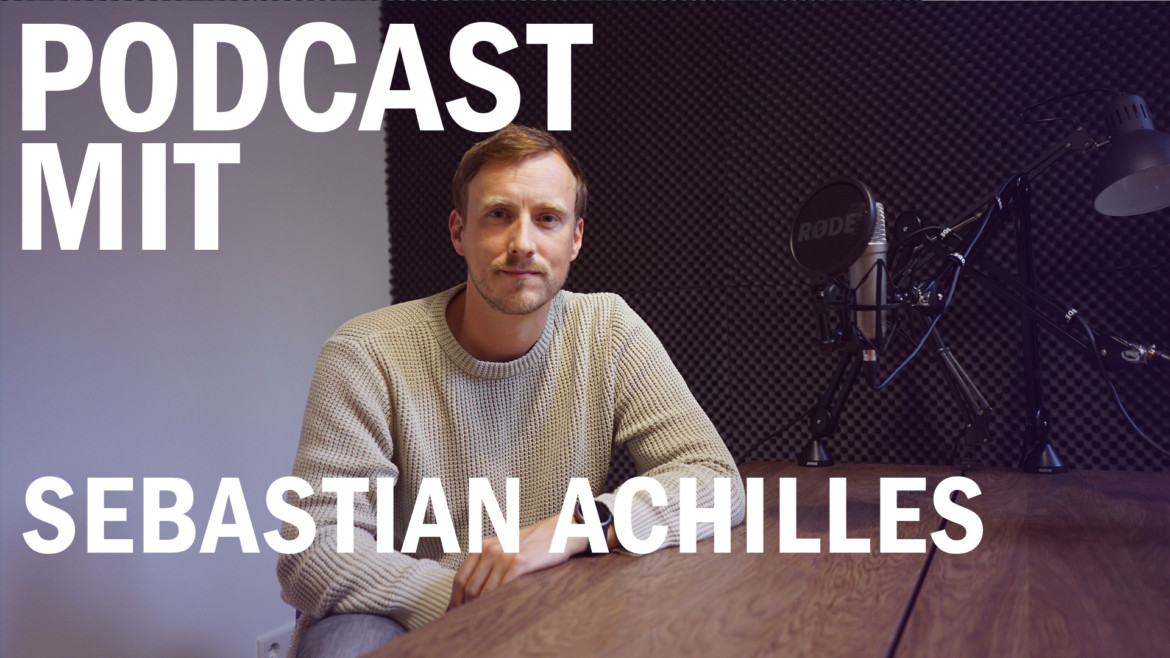 Sebastian Achilles grew up in East Berlin and dreamt as a child of becoming a pirate while watching pirate movies on West German television. He later decided to become an actor and to live out his passion for pirates there. His thought was that as an actor you couldn’t get hurt and still be able to play unique, exciting roles. Today, the 39-year-old is a sought-after actor who inspires people through his creativity and his own interpretation of the roles he slips into.

His way to become an actor

As the son of a graduate engineer and a doctoral student in mathematics, his parents’ enthusiasm for acting was limited. Nevertheless, he went his own way and began his career in children’s theater at an early age. The young actor, however, had to promise his mother that he would graduate from high school in a scientific field. He decided on physics. After graduating from high school he had already applied without success to the Ernst Busch Acting School in Berlin, Rostock, Hamburg and Munich. Without thinking much about it, he went to a final audition at the Berlin University of the Arts and was accepted into the renowned university.

“In general, you can be creative in any project, the trick is to find out where and how you can improvise.”

Sebastian Achilles is creativity and uniqueness an important part of his profession. Depending on the project, scenes or roles do not necessarily have to be rehearsed exactly. Through interpretation, non-verbal behaviour and the relationship to his shooting partner, something unique can often be produced. Actors who incorporate breaks and stumbling blocks do this, like Sebastian Achilles, for a specific reason, to build up tension through irritation and to entertain the audience. In his opinion, you can generally be creative in any project, the art lies in finding out where and how you can improvise. Being open and responsive to the location and also to the shooting partner in the film roles, characterize the role that is to be embodied.

But the motivation to become an actor has changed a lot in the last few years. Nowadays many young people want to become actors in order to become rich and famous quickly. Especially the social media, such as Instagram, make it possible to get one or the other role without any acting training thanks to high reach. Sebastian Achilles is less active with 1600 followers on Instagram and belongs rather to the passive users of social media. But he also knows that a high reach increases the chances to get a role. The broadcasters hope to achieve higher viewer ratings this way and pay less attention to the acting quality than to the Instagram profile. Also the fact to be reduced to his appearance is part of being an actor. Sebastian Achilles has learned to deal with it and not to let himself be influenced by it.

New everyday life on the set

The pandemic was clearly a shock to everyone. During the lockdown, all film production was temporarily suspended. After the first productions gradually started shooting again, the advantages of e-casting became very clear. In an e-casting, the actors record themselves when applying for a role and send the videos to the caster or director online.  The advantage is clearly that the e-casting can be done from anywhere and thus, especially now, the physical distance is maintained. It also saves on travel costs. But according to Sebastian Achilles, the disadvantage is also that the role can be misinterpreted and no casting director or director is on site to point this out to the actor and provide direct feedback. No matter how well the role can be described, a misinterpretation of a role is still always possible.

Sebastian Achilles can already start shooting again, even if only under strict conditions. According to the actor, not much has changed during the shooting, only the mask wearing needs getting used to. During the filming, a hygiene officer ensures that all actors regularly disinfect their hands and that all hygiene rules are observed. However, love scenes pose a challenge. Here the distance cannot be maintained and a mask or disinfectant would be out of place. Thus, for example, before a kissing scene, the actors must undergo two corona tests and remain in quarantine for five days.

In the future we will be able to see Sebastian Achilles on ARD in the family series “Animals up to the roof”. His dream is to make an international career, to be in a blockbuster and to inspire the audience with a science fiction film.

On Youtube you can not only listen to our podcast with Sebastian Achilles, but also watch it.