Herrengedeck-Der Podcast has just been awarded with the German Comedy Award 2020. Already in the last two years the hosts Laura Larsson and Ariana Barborie received the awards of the German Podcast Award. In 2019 Herrengedeck- Der Podcast was the fifth most listend to Podcast globaly. No wonder that Spotify secured the exclusive rights. Laura spoke with Timm about the beginnings of Herrengedeck, how she deals with shitstorm on the internet and gave us details about her next project. 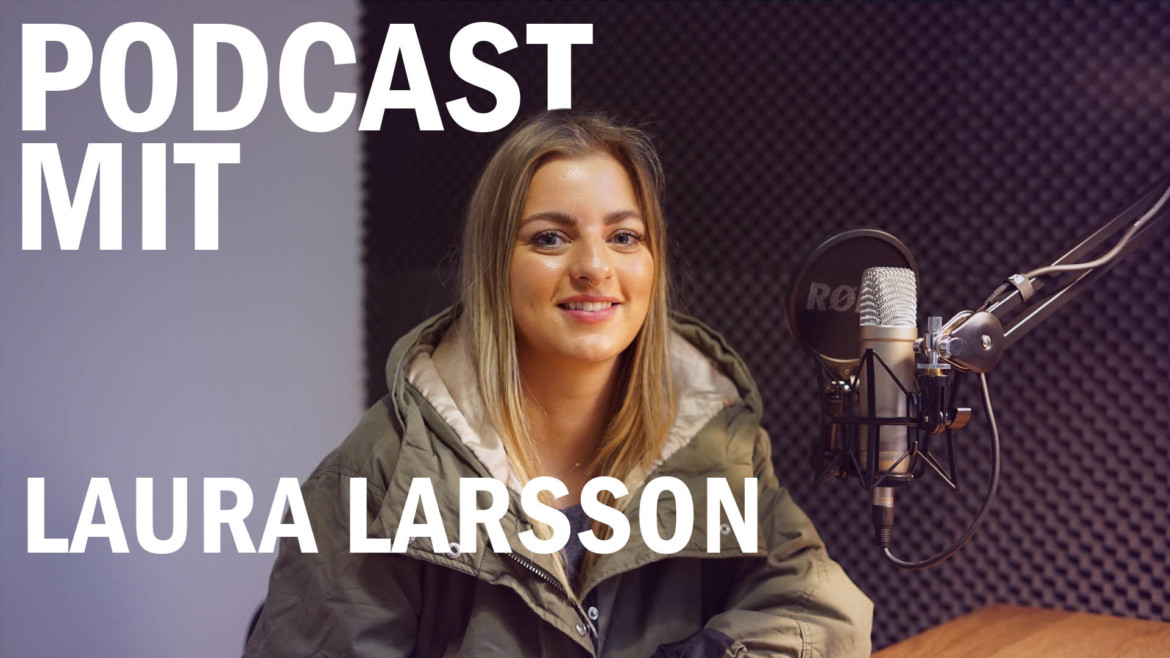 Laura Larsson and her friend Ariana Baborie are one of the most successful German podcasters and have been hosting Herrengedeck-Der Podcast since 2016. The two moderators, who met at the radio station 98.8 Kiss FM, talk weekly about their views on general topics, exchange personal experiences and chat about their private lives. They especially want to focus on the comedic aspect as well as remaining  authentic. Therefore the podcast is recorded at home on the couch, while eating and drinking. After a few months, the two of them already received requests for advertisments. A great additional income source, but also a lot of work as prices have to be negotiated besides the active communication with the customers. These tasks are usually handled by agencies. Laura and Ariana had no agency behind them and did everything themselves.

With the signing of her exclusive contract with Spotify, the additional tasks were over. Since then, the two moderators have been concentrating fully on the content of their podcast again and continue to do so very successfully. They produce, edit and upload all episodes themselves and see Spotify more as a mentor who gives feedback and advice. In terms of content, they do not receive any guidelines from Spotify.

Laura has always worked hard in her life. After graduating from high school she wanted to become a radio host. But in Parchim there are neither radio stations nor other possibilities for that. Therefore Laura first did an apprenticeship in the public library in Parchim. Afterwards followed several internships and different courses of studies. Laura was always drawn to the radio and worked incessantly on her voice. After work, she locked herself into the studio and practiced voice-overs. She sought advice and feedback from her past boss and even went to speech training. Her ambition helped her to get her first regular show on a voluntary basis, which even led to her being nominated for the German Newcomer Award.

When Herrengedeck-The Podcast 2016 shot through the roof and Ariana and Laura were on tour, Laura still had her job at Radio Energie, where she hosted the Morning Show from 5-10 am. At that time she had days when she sometimes only got three hours of sleep. Therefore she decided to give up her position as radio host at Radio Energie to concentrate more intensively on the podcast.

But success also causes a lot of shitstorm and difficult decisions. Especially when you reveal a lot of personal information about yourself. The fact that Laura gives a lot of insights into her private life on Instagram was not intended by her. It just happened. She gets a lot of feedback. Most of the time she does not have the time to deal with the criticism she gets. A lot passes her by. This year, she was not missed by the very unfortunate selection of nominees for this year’s German Comedy Award. Laura and Ariana, as well as podcast colleagues, noticed that diversity was missing in this established competition.

Ariana and Laura can live well from their podcast. But for Laura, the success of her self-employment is not taken for granted. From time to time she also has fears such as: What if everything changes tomorrow? On the other hand, she thinks about writing a book or planning a tour on relaxed days.

“i do not like to listen to podcasts. it stresses me out.”

Privately, Laura prefers to listen to music rather than podcasts, because her job at the radio and Herrengedeck- Der Podcast already makes her talk a lot and she can switch off better with music. Even if Laura personally does not like to listen to podcasts, she puts her heart and soul into it. She is a real Instagram and social media junkie and is practicing self-discipline, which is hard to do, since she is currently planning a new project for her wedding to let her followers participate even more in the preparations.

What Laura told us about that and how she and Ariana felt about their nomination for this year’s Comedy Award in the category Best Comedy Podcaster 2020 can be heard in our podcast.