Actress Maria Kempken– How to produce your own webshow?

Maria Kempken is an actress and also performs on Germany’s theater stages. In 2017, she developed the web series “Einfach Maria” together with Joachim Weiler. In addition to her acting, Maria was confronted with unfamiliar tasks such as script writing, production and casting. We talked to her about how her own web series is created, what she learned during production and what she has planned for 2021. 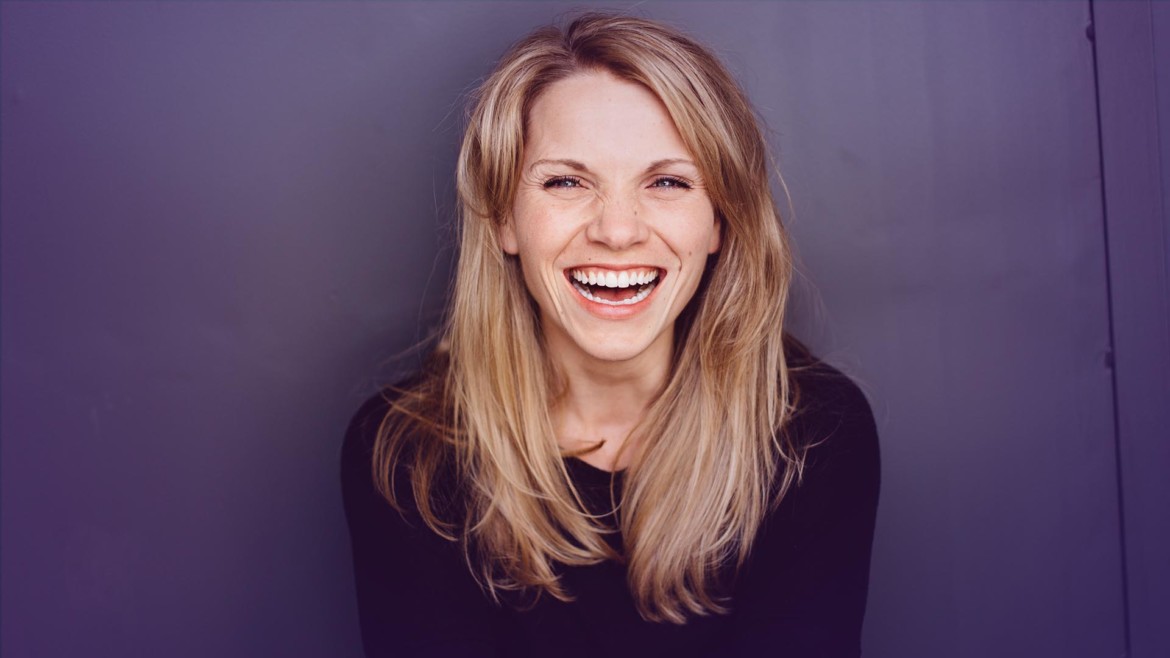 Maria, it’s nice of you to take the time for us. You’re at home on the theater stage as an actress, but you also do other projects of your own on the side.

Joachim Weiler and I have known each other for a very very long time. Over breakfast, we thought it would be nice to do a project together again. At the beginning, I would never have thought that it would end up being so big. Joachim and I first had the idea of a YouTube format. We had a few example series in mind for orientation. In fact, it was the typical >let’s do something together again<, which finally let us creatively spin around on a weekend and the plot of the series was put down on paper within almost 3 days. I am not an experienced scriptwriter, so I got help from Micha A. Tomis, a comedian friend of mine. What happens in each episode was already planned out with Joachim at that point.

When we started with “einfach Maria“, there weren’t many web series on the market yet. The stations we approached to market “einfach Maria” could not do anything with it at that time (2017/2018). Today, the web series cosmos is much bigger and there are tons of web series.

Comacon: Did you know immediately who to contact and how the web series will be financed?

If I am convinced of an idea, it may be heard. There were many sleepless nights. But the sad thing was: it’s low-budget production. I know that’s not what you’re supposed to do. But we put our private money into the web series to cover the costs. However, we were able to convince the Filmakademie Baden-Württemberg GmbH to support us in the production. In the end, 120 people were involved in the production and marketing.

Comacon: The web series is called “simply Maria.” Is simply Maria actually shown, or how much of Maria is in the series?

There is a lot of Maria in the series. Many of the dialogues we used in the script I’ve actually heard before in this form or even said myself. The topics that move me are men, family, relationships and love, and I wanted to tell about them in the series, but always with a wink and in a humorous way. 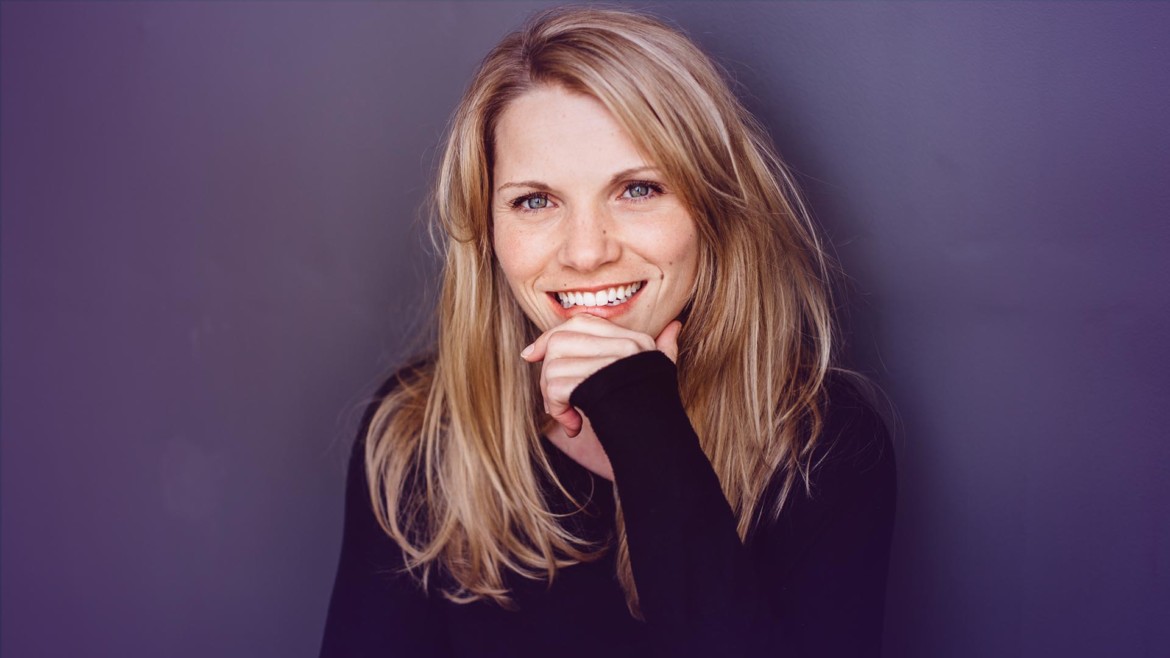 Comacon: So your inspiration for the script comes mainly from your real life?

Yes, the plot deliberately plays with what is real and what is fictional. Being an actor means observing and putting yourself in the shoes of other characters. That is always an exciting process for me. Creating the individual characters for “simply Maria” was then a completely different challenge for me. Each of the characters was created consciously, and I’m very proud of that. We cast a total of 36 roles and I think we were able to get a great cast.

Comacon: How was it for you to take on the tasks of idea, production, script writing, casting?

Well, actually it developed that way, in the beginning I didn’t even know what was coming up. The whole thing started small and there weren’t many web series on the market that we could have used as a model. After some time, it was a no-brainer and grew bigger and bigger. In the run-up, when we developed the idea, I would never have thought how much I will learn in this production process, from the first idea to the completion it was almost 2 years, and we are still busy with the evaluation. Fortunately I was not alone in all the tasks, I got a lot of support from my producer partners and the whole “einfach Maria” team that Joachim and I built. Without all these helpers, the series would certainly not have become what it is today.

Comacon: It’s about the theme of love. Is that why it was released on Valentine’s Day?

Absolutely. February the 14th, 2019, was clearly our broadcast date. In post-production, we did briefly panic that we wouldn’t be able to meet the date. But I’m an optimist and the team did a good job. It was clear to Joachim and me from the beginning that we didn’t just want to produce a web series. That’s why there was also a marketing concept behind “simply Maria” since the beginning, and a campaign that started on 01.01.2019. This was based on Valentine’s Day. For Joachim, as an experienced producer, it was quite important that we reach as many viewers as possible with our strategy. At the start of filming in October 2018, the Facebook page already went online and the campaign then ran from 01.01.2019 until the end of broadcast on 01.05.2019. Deadline pressure was there. But it all worked out. Overall, we have over 270,000 clicks on our 12 episodes, which is a small success for us.

Your own sexuality comes to the fore. What was the feedback like? Was there any criticism?

That’s a very interesting question. In fact, there was relatively little feedback. But what happened with the episode in which the topic of sexuality was very present (episode 9 “Sex”) is a tragedy. Facebook had blocked this episode and that was clearly reflected in the reach. It went down. We went to talk to Facebook and I even talked to an employee on the phone. The reason for the blocking was too much nudity. I guess Facebook didn’t think this episode was so cool. Then we had the same problem with the last episode.

You are also very active on social media channels in your private life. How much time do you spend on it each week?

I have to be honest, it’s rather spontaneous. I sometimes think I do far too little social media compared to others. I’m actually drawn more and more to Instagram.

I do my postings very consciously, but without a strategy behind it. I have my official pages and there, as an actress, I feel like I have a kind of role model function. I think it’s important that people who don’t know me don’t find out too much private stuff about me. I tend to post that on my private accounts. I think everyone has to decide for themselves how to deal with social media. As a way of establishing your own presence, I think social media is very important, not only privately, but also for companies.

How important is social media for you and your job?

Actually, I share a lot because I think a lot of people are happy about it. If you can put a smile on someone’s face with it, I think that’s very nice. I think my profession is great and everything I do, I do out of a conviction. If someone is interested in it, I’m happy.

I’m experiencing a very positive phase right now, even though last year was very hard due to corona. Specifically for 2021 are my theater roles that had to be canceled this year. But a turnaround is also happening with me at the moment, which was mainly triggered by “einfach Maria”. I realized that I wanted to move to the other side of the camera and applied for an eight-month support program funded by MDM (Filmförderung Mitteldeutschland). TP2 Talentpool is for filmmakers from Central Germany. As part of this program, I’m currently developing a long series that I’ll be pitching to broadcasters and producers for the first time in January. At the same time, a lot of doors are opening up for me. For example, in the creative author and producer field. The synopsis for the second season of “simply Maria” exists and has already been submitted to two broadcasters. Whether there will be a second season in 2021 has not yet been decided.

Time management is always a big issue for me. For me, it’s important to separate things and divide up certain periods of time. My head is constantly rattling. I have noticed that I reach my limits. Then meditation or even going outside for an hour a day helps me. It’s so simple, but it helps. Taking rest periods and always listening to my gut are also good for me.

Thank you for this interview, Maria Kempken.

The film industry demands a regulated plan for the reopening of cinemas!

The government has already pledged half a billion euros to support the film industry, but…

Connected creatively – Which networks are advancing the creative industries?

The art of networking is essential for the success of creative professionals. After all, no…