Sustainable cultural practices – What politics and businesses are doing

The cultural sector leaves a large ecological footprint. Not only festivals and clubs are criticized, but also museums, galleries and concert halls. The Minister of State for Culture and Media sees a need for action here and is trying to motivate the cultural and creative sector to rethink through targeted offers. But the cultural institutions and businesses themselves also see themselves as increasingly responsible here and are joining forces in initiatives to exchange expertise and pool skills. In the text, we present political programs such as the EU’s EMAS environmental management system and give an overview of existing networks and initiatives from the cultural sector, such as the “Gallery Climate Coalition” or the “Code of Conduct” of club culture. 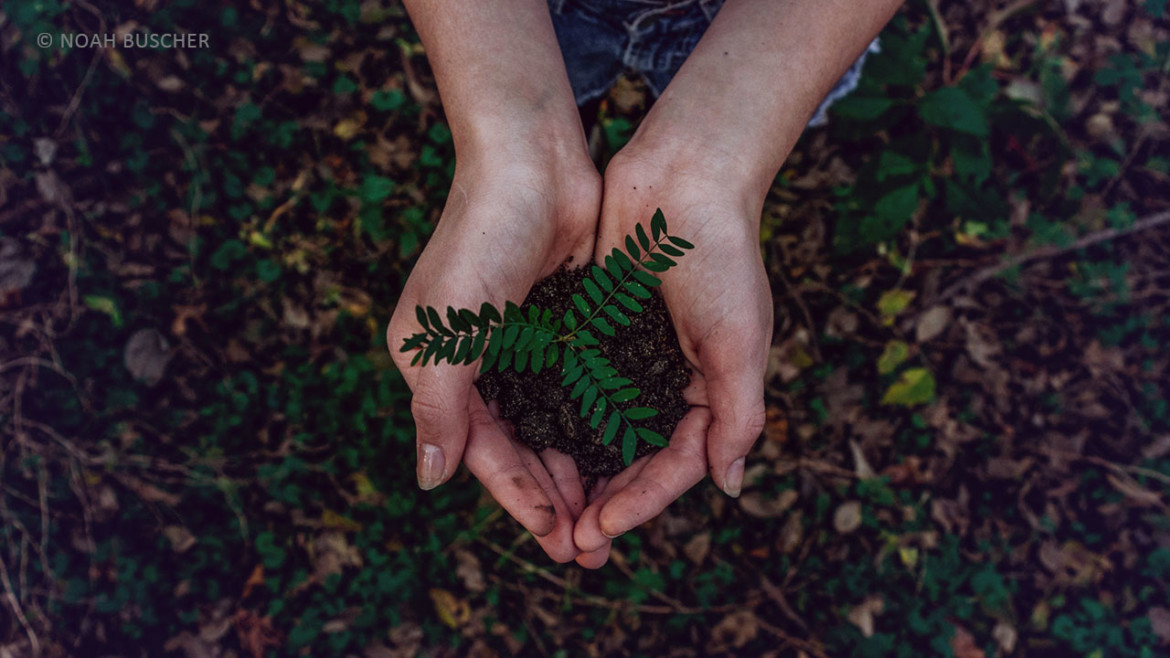 The reality of man-made climate change is increasingly becoming part of society’s collective consciousness. As a result, climate policy also became one of the central issues in the last federal election campaign. It is no longer just the Greens who have placed climate targets at the top of their agenda, but also all the other established parties in the Bundestag, each of course with a different orientation and different approaches to solving the problem. Parallel to this development, the topic of sustainability is also taking on an increasingly prominent place in the cultural sector. After all, the ecological footprint of the cultural and creative industries is not in particularly good shape. 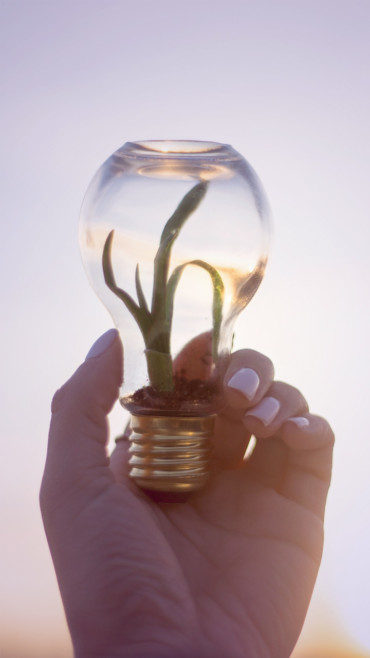 The Corona crisis has made it unmistakably clear to us how important culture and creativity are for society and its cohesion. In the course of this, the industry is also receiving greater attention and more funding. However, this is also accompanied by demands for the cultural sector with regard to sustainability goals. The Federal Commissioner for Culture and the Media (BKM), Monika Grütters, advocates for climate-neutral cultural operations before 2045. The focus is on performance, exhibition and event practices as well as cultural marketing, where fundamental changes are needed. Since 2020, the “Aktionsnetzwerk Nachhaltigkeit in Kultur und Medien” (Action Network Sustainability in Culture and Media) has been in place in this context, offering operational ecology advice.

The European Union has introduced the EMAS (Eco-Management and Audit Scheme) environmental management system to improve the environmental performance of companies and organizations. All companies and public institutions within the EU can be certified under the EMAS program and thus take a closer look at their own emissions and resource consumption. In most cases, costs can also be saved in this way. The Federal Cultural Foundation and the Federal Cultural Events in Berlin are setting a good example and have already undergone such a certification process. However, the number of certified companies in the cultural sector is currently still very small.

Away from the political arena, too, there are an increasing number of initiatives working for a more sustainable cultural sector. These are associations of companies and institutions, each from a specific field of work, that pool their expertise and translate it into concrete recommendations for action and voluntary commitments.

In London, there is the Gallery Climate Coalition (GCC), which now also has a Berlin branch. Its goal is to reduce CO2 emissions by 50 percent by 2030. The now almost 50 galleries in Berlin are trying to use less polluting transport routes, use “CO” calculators and are working on a zero-waste concept. Participants can publish their results on the GCC site, but they do not have to.

The recently published position paper “Sustainability in Orchestras and Concerts” by the German Association of Orchestras also points out the responsibility of the players in the cultural sector. The paper is not only about better eco-balances of performance and concert companies, but also about the responsibility of the large number of freelance professional musicians who work in this field. The specific concerns of art and culture must be reconciled with climate protection and sustainability. 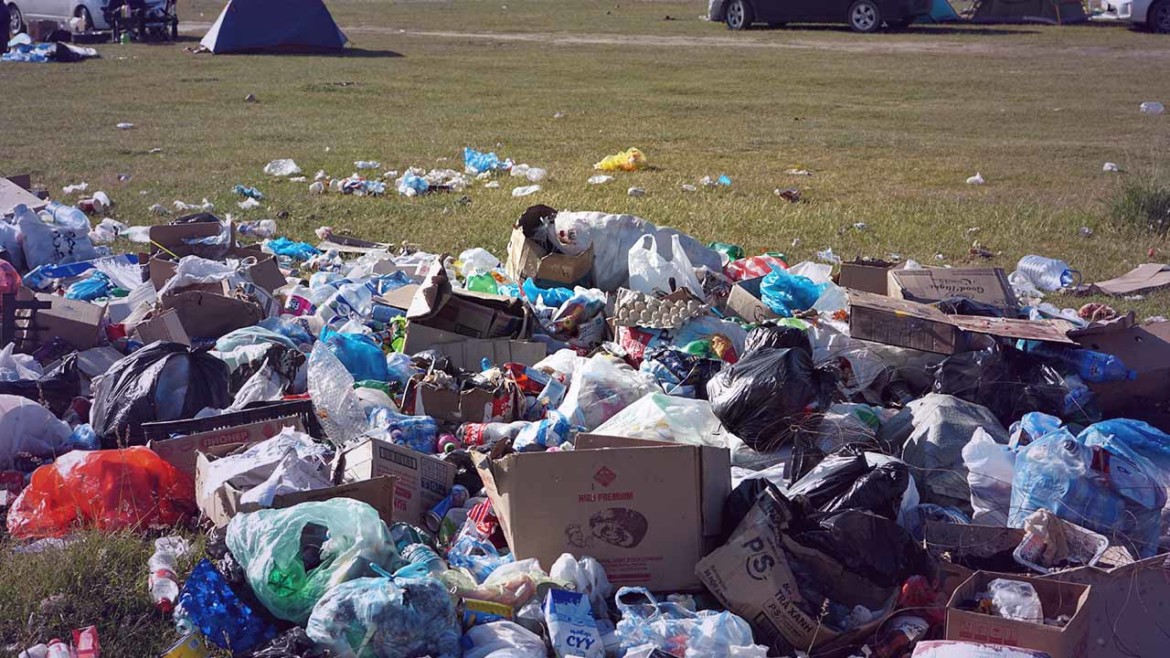 The club scene is also not new to the size of its own footprint. A festival visit, for example, releases 40 kilograms of CO2 emissions per head. During the lockdown, the cooperative project Clubtopia thought about this and further refined the “Code of Conduct for a Sustainable Club Culture“. Together with environmental and interest groups as well as politics and science, target agreements were made under the motto “Celebrating the Future” with regard to environmental protection, which are to be implemented by the participating clubs as part of a voluntary commitment. A list of participants is not yet available.

Music is generally not a very sustainable hobby. Not only concert, club and festival visits are real climate killers, but also the production and distribution of sound carriers as well as music streaming cost the climate dearly. The Association of Independent Music Entrepreneurs (VUT) has signed the “Music Declares Emergency” declaration in 2019. The community consists of artists, organizations and other stakeholders in the music industry and it calls for immediate action regarding the climate emergency on a governmental and European level. However, this is also connected with recommendations for action for a more sustainable economy within the music industry.

As already mentioned, besides air miles of artists and CO2 emissions at events, the production of sound carriers is a big factor. While CD sales are decreasing, vinyl sales are increasing simultaneously, which benefits many artists and labels, but not the climate. Record production hasn’t changed in a century, it requires fossil fuels and the PVC used can last up to 1,000 years. Fortunately, there is movement here, too. The Dutch company Green Vinyl Records is breaking new ground by using an injection technique instead of a pressing technique. This allows a more recyclable plastic to be used, which the company says also has a better sound and lasts longer.

Awareness of the ecological footprint is in full swing in cultural policy, cultural enterprises and also in related sectors of the economy. More and more are advocating for more sustainable cultural practices and more environmentally conscious business practices. The industry has no shortage of creative solutions. The task now is to increasingly put them into practice. But the examples show that the cultural and creative industries are on their way.

Michael, what role do games play in your life and how did the idea for…

Today, the images from last year’s Berlinale 2020 look like a glimpse into a distant…