While in this country holograms on stage are still more of a curiosity, first major deals are already being made with them on the Asian music market. So are virtual artists the future of the music industry? They have long been established in the digital space and count an enormous number of followers and clicks as influencers, models and singers. With the latest hologram technology, their success could increasingly extend to the analog space. In addition, NFTs and so-called social tokens offer them exciting sources of income. What does all this mean for the future of the creative industries? We took a look into the world of virtual artists.

In the sci-fi worlds of Star Wars and Star Trek from the last millennium, the hologram was still a futuristic gimmick. In George Lucas’ saga, it comes into its own as three-dimensional video telephony in a cracked tube TV aesthetic. In Star Trek: Starship Voyager, in the role of the “Doctor,” it forms the interface between artificial intelligence and human materiality, the hologram as an interface, so to speak, that should enable and humanize communication between man and machine.

HOLOGRAMS you can TOUCH? 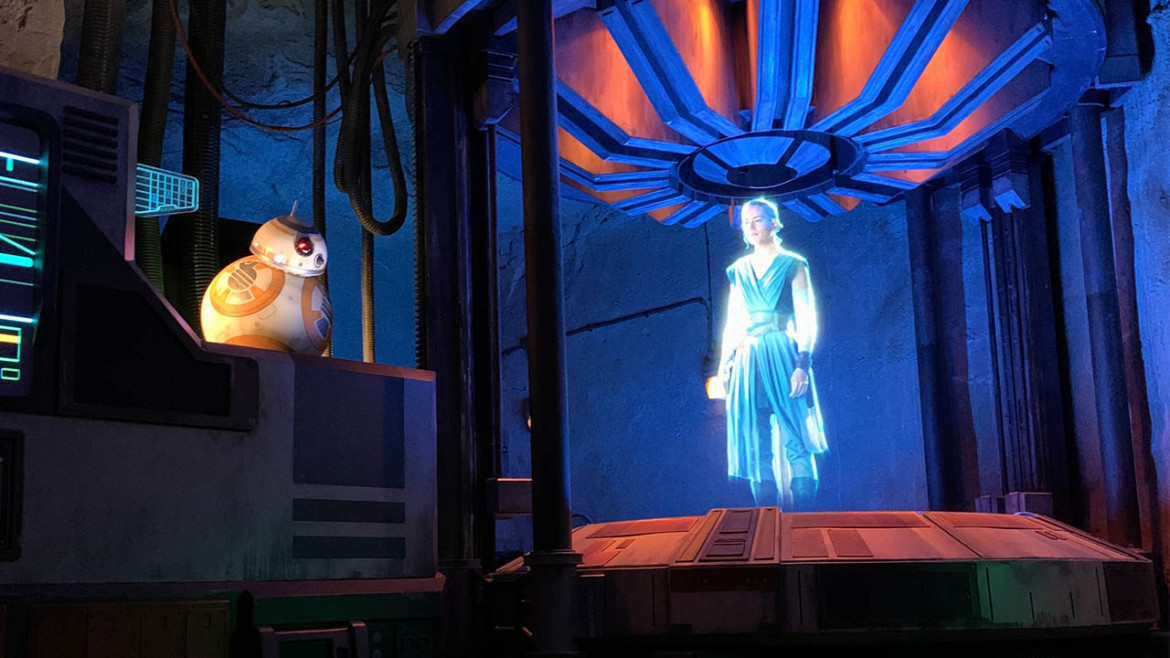 Today, every now and then, holograms can be found on stages around the world, played by the upper end of the music industry. The most famous in this country are certainly the Gorillaz, Japanese cyber-star Hatsune Miku and, of course, Tupac, who was featured at Coachella in California in 2012, despite having been shot back in 1996. However, the current examples of holography are less about humanizing a machine and more about giving a three-dimensional form to something non-human (or not-anymore-human): virtual artists.

Technically, however, Tupac was not a hologram, but a mere projection. The three-dimensionality depended on the angle of the viewer. Today, the holograms of Hatsune Miku, for example, are much better and sharper in depth, but they are still two-dimensional projections whose three-dimensionality is only an effect. Things are different with a new technique that actually works with particles that can be moved around in space and illuminated in color by an invisible laser beam. These particles are even capable of sending acoustic and haptic feedback, bringing not only the Princess Lea hologram into the realm of possibility, but also the Doctor from the Voyager starship, who could physically interact.

When artificial intelligence will move into such holograms remains open for now. Currently, Hatsune Miku & Co. only form the intersection of digital and analog space, or of (largely) human creativity and virtual performance; what is produced digitally can be performed analog. Behind it, however, is a human creative effort.

In the new casting show “Alter Ego” on the US channel Fox, holograms and virtual artists are currently being given a mainstream stage again. It is more or less the logical continuation of “The Voice” and “The Masked Singer” series. The participants no longer appear in front of the audience themselves, but in the form of a virtual avatar that is projected onto the stage via hologram technology. The actual performers, meanwhile, stand in a small room behind the stage and wear a motion capture suit with which they can control the hologram on stage.

This addresses one aspect of accessibility in show business. The fear of public performances in front of an audience as well as of lookism (body shaming) and discrimination may well limit or even make the success of creative artists impossible in the performing arts. This aspect is exploited commercially by “Alter Ego” in that it does not limit itself to the avatars, but shows the people in the background, including their personal problems, and interviews them intensively. No opportunity is missed to mention how great and helpful the show is, which leads to tears on stage (the avatars can cry) as well as in the jury and the audience. Regardless of whether the show is as bad as the Guardian states, the concept is interesting for the creative industry.

Virtual artists are not new. We already featured model and singer Lil Miquela, who has 3 million followers on Instagram. Then last year Grimes also introduced her Virtual Artist “War Nymph”, which was not only to promote her new album and was sold expensively as NFT art. “War Nymph” is supposed to live an entire digital “life”, grow up and also die, as well as be playable in computer games. For Grimes, this raises the question of our digital identity. “War Nymph” also represents a shelter for her that can stand in her place in public. This is probably why she sat on the jury of “Alter Ego”. 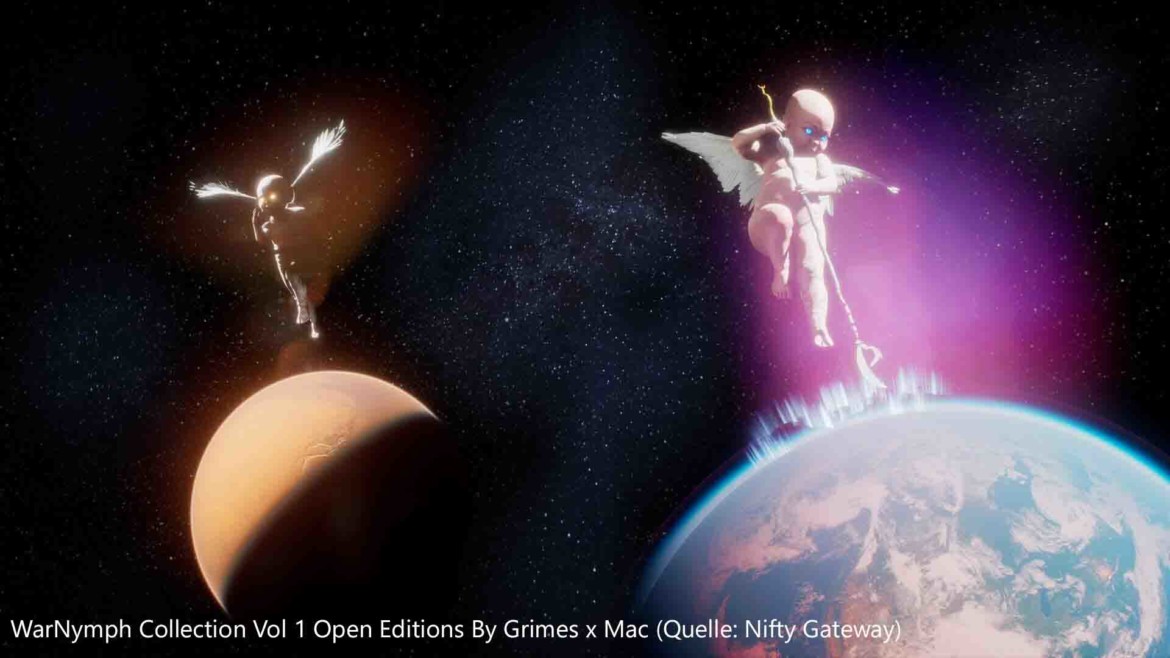 Meanwhile, Virtual Artists are no longer a gimmick, but a business model. Spirit Bomb is a label and production company for virtual artists. Under the claim “Art Above Ego”, shows are realized with the contracted mythical creatures from alien worlds, and the avatars are brought onto the stage using hologram and 3D technology (see cover image of this article). It may currently and in local cultural circles still be a niche, but in the future the phenomenon will certainly leave it. Warner Music Group recently signed its first Virtual Artists with pan-Asian dance offshoot Whet Records. Ha Jiang is the name of the Virtual Idol, who is now the first of her kind to have a record deal with a major label in her pocket.

The example of Ha Jiang shows that Virtual Artists are not limited to non-human mythical creatures, but that it is precisely those with a human face who achieve great success. The better the technology gets, the more human the avatars will look and be able to “move”. And this raises the question of whether the filtering problem of social media will be extended and intensified into the analog space. Young people are already losing touch with their own bodies when they only know themselves through photos edited with filters.

VIRTUALITY INSTEAD OF AIR MILES

Another aspect of Virtual Artists highlighted by proponents concerns climate change. That’s because the avatars are not location-bound. Their performances can be recorded or performed from home, or don’t need people beyond technicians anyway. Thus, many air miles caused by the creative industry would be eliminated and replaced by data transmission. These also cost energy, but no air miles. In the case of Hatsune Miku, the creative artists are already not present at the concert, since there is no live performance in the actual sense here either, but only the material coming from the community is presented, and with Ha Jiang there is also no live performance in the actual sense anymore.

While some see virtual artists as the nail in the coffin of human creativity, others see new sources of income for the music industry and the possibility of democratizing it. The fact that artists and performers are no longer tied to a specific location naturally makes it possible for concerts to take place simultaneously at various locations around the world. Not only would more money be made with less effort, but the income could also be distributed differently and more fairly. Many music producers work for artists who – apart from the labels and publishers – claim a large part of the income for themselves. The share of the revenue is sometimes only 2-3% for the producers. If the costs for the act were removed, this could change.

SHARES of a STAR

Here, of course, blockchain technology is also interesting. The platform Fyooz already offers so-called social tokens, which can be used to purchase shares in an artist in the form of NFTs. With increasing success, the value of the NFTs also increases. In this way, artists can be supported, which in turn makes them more independent of labels and publishers and could lead to democratization. This is particularly interesting for virtual artists, since they no longer have to actually appear as a person in order to get funding.

Any technological development can be read positively or negatively. And as I said elsewhere, an artificial intelligence that produces its own content, offers it in the blockchain and has it performed by a virtual artist is no longer so far away in terms of ideas. Virtual artists are certainly a transitional phase that currently offers potential for creative professionals.

Everything you need to know about Music Supervision

Organizer: all2gethernow e.V. To earn money with music – the dream of many. But you…

On April the 23rd, the Deutscher Musikrat e. V. and the Konferenz der Landesmusikräte im…